“The last road car that might legitimately be considered a true Ferrari is the 365GTB/4 Daytona.” – Brock Yates, Enzo Ferrari (Doubleday, 1991)

It’s been a half-century since Pininfarina created the timeless shape of the Ferrari 365 GTB/4. On March 11, 2018 that happy anniversary will be celebrated at the 23rd annual Amelia Island Concours d’Elegance with a special class of the rare and significant Ferrari 365 GTB/4 “Daytona” automobiles. 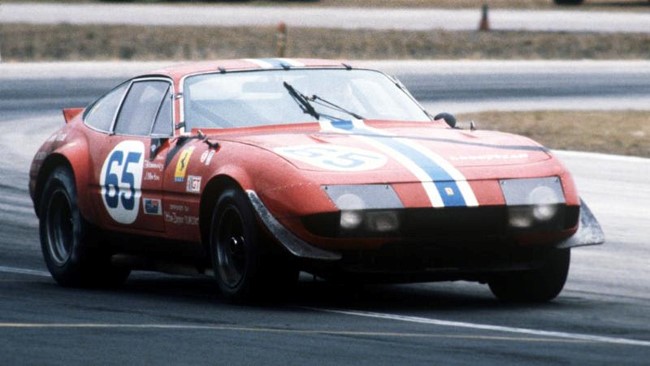 It was revenge, not Ferrari that gave the 365 GTB/4 its popular nickname. The name of America’s first superspeedway clung to the big Italian GT after Ferrari prototypes avenged themselves on American soil following their stinging defeat at Le Mans in 1966. Three victorious Ferrari P4 and P3 prototypes executed a perfectly choreographed photo finish winning the 1967 Rolex 24 at Daytona. It mocked Ford’s botched photo finish at Le Mans the previous June. There was little subtlety in it and everyone got the point. And the name Daytona stuck to the 365 GTB/4 almost at once. 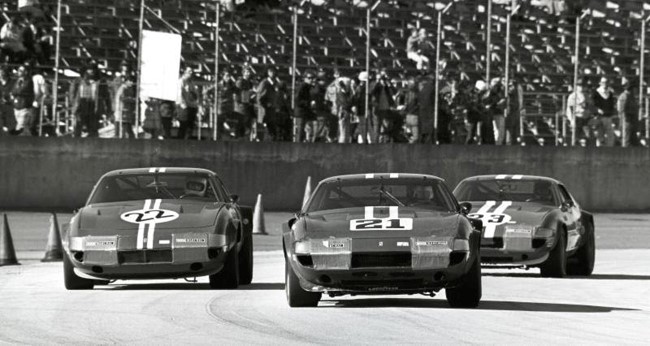 So the mighty 365 GTB/4 became known as “Daytona” even though Ferrari never made it official. Some historians claim that the project was labeled “Daytona” internally during its gestation following the 1967 Daytona 24 Hour sweep. Then the internal nickname “Daytona” leaked. Ferrari himself was said to have squelched the use of the name when it became public.
Today the Daytona has a special place in Ferrari’s lustrous history. Automotive tastes and the traditional designs that had served Ferrari so well for two decades were under assault in the late sixties. So Ferrari made one last thunderous declaration regarding the creation of the thoroughbred grand touring car. They labeling it in traditional Ferrari fashion: 365 ccs per cylinder, Grand Tourismo Berlinetta, four overhead camshafts; 365 GTB/4. 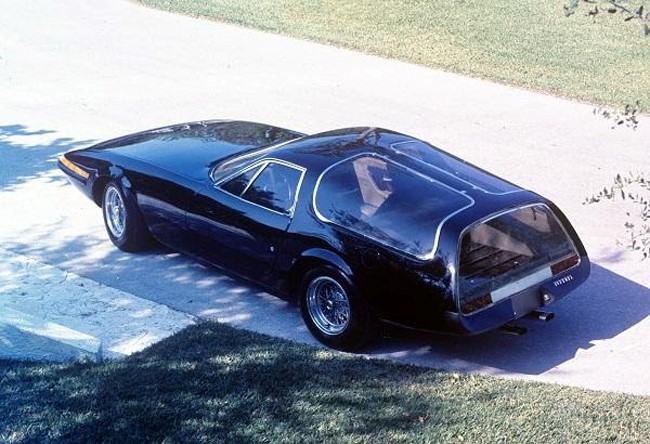 Nearly 1,400 Daytona’s were built in coupe and convertible configurations. It outgunned its pricier and rarer 3-liter predecessors with a muscular 4-cam 4.4 liter V-12 fed by six enormous 40 mm Weber carburetors. This exotic recipe makes 380 hp and propels the big two-seater to nearly 180 mph; a sobering number for a 3,600 pound GT.
Despite its weight the Daytona made a fine race car. Ferrari created 15 special Competition 365 GTB/4s from 1971 through 1973. They scored class victories at Daytona, Watkins Glen and Le Mans and won the 1972 Tour de France outright. Second overall (with class victories) at the 1973 and 1979 Rolex 24 at Daytona, appropriately, are the Daytona’s North American racing high water marks. 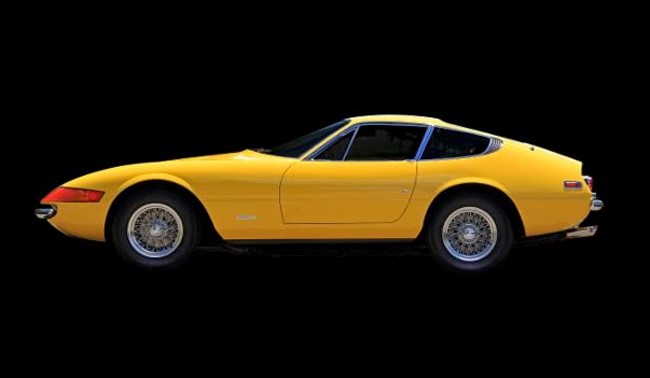 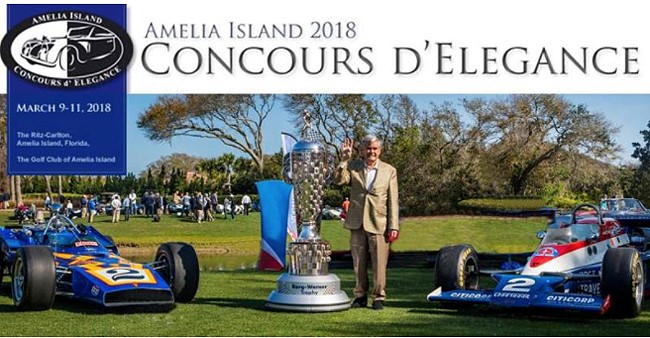