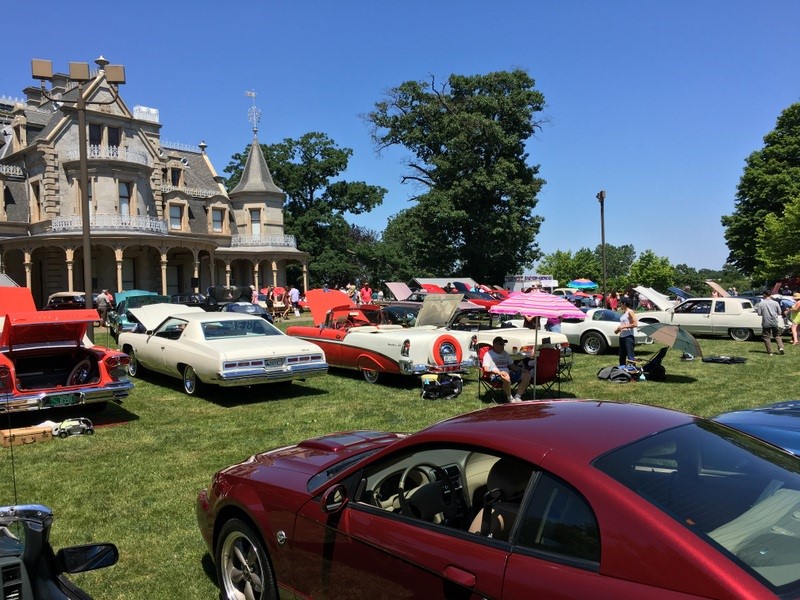 Norwalk, Conn. – On Sunday, June 18, 2017 New England Auto Museum will again present a Father’s Day Car Show on the lawn of Mathews Park in Norwalk, site of the Lockwood-Mathews Mansion Museum. The event will be held from 10AM to 3PM and will offer hundreds of unique cars to view. Admission to the event is free to spectators; a donation will be voluntary and any proceeds will go towards the New England Auto Museum’s building and education funds. The New England Auto Museum is a nonprofit 501(c)(3) organization. Great food and refreshments will be provided all day by J & D Grilling along with ice cream treats from Good Humor and gourmet popsicles from PopCentric. There will be trophies for People’s Choice, Favorite in Show and more.

This year, the Father’s Day Car Show will feature two celebrated automotive marques: from America, the Chevrolet Camaro celebrating its 50th Anniversary in 2017 and from England will be Morgan, builder of hand-crafted automobiles since 1909. 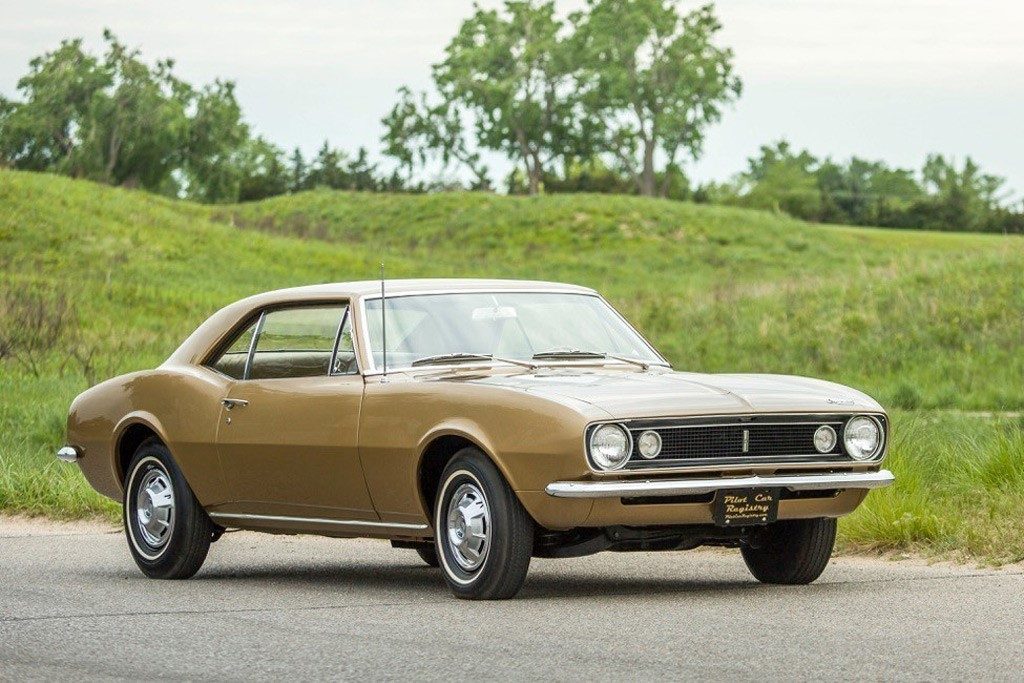 The Camaro was officially announced as a 1967 model on June 28, 1966 by Chevrolet Division’s General Manager Pete Estes. He had called in magazine and newspapers writers from 14 different markets onto one massive conference phone call, the first time this had ever been done. Estes brought the people on for the first and last meeting of the Society for the Elimination of Panthers from the Automotive World (SEPAW). Panther was the nickname that had been given to the car during its testing period, while GM marketers found the name Camaro in the 1935 edition of Heath’s French to English Dictionary, translating to “friend, pal, or comrade.” It was also joked that a Camaro was “a small, vicious animal that eats Mustangs.”

The Camaro was undoubtedly a direct response to the success of Ford’s pony car, and its design reflected that. The car had a long hood, a short rear deck, two-door configuration and a 2+2 set up. The car was originally launched with Sport Coupe (which had a lower price point than the Mustang at $2,466), Rally Sport and Super Sport trims. The base engine was a 140hp inline-six, while 5.7L and 6.2L V8s were available in the SS and the later-debuting race-ready Z/28 trim had a 4.9L small-block V8. There were a plethora of options for transmissions, including a three- and four-speed manuals and a two-speed automatic. In its first year of existence, the Camaro had the honor of pacing the Indianapolis 500. 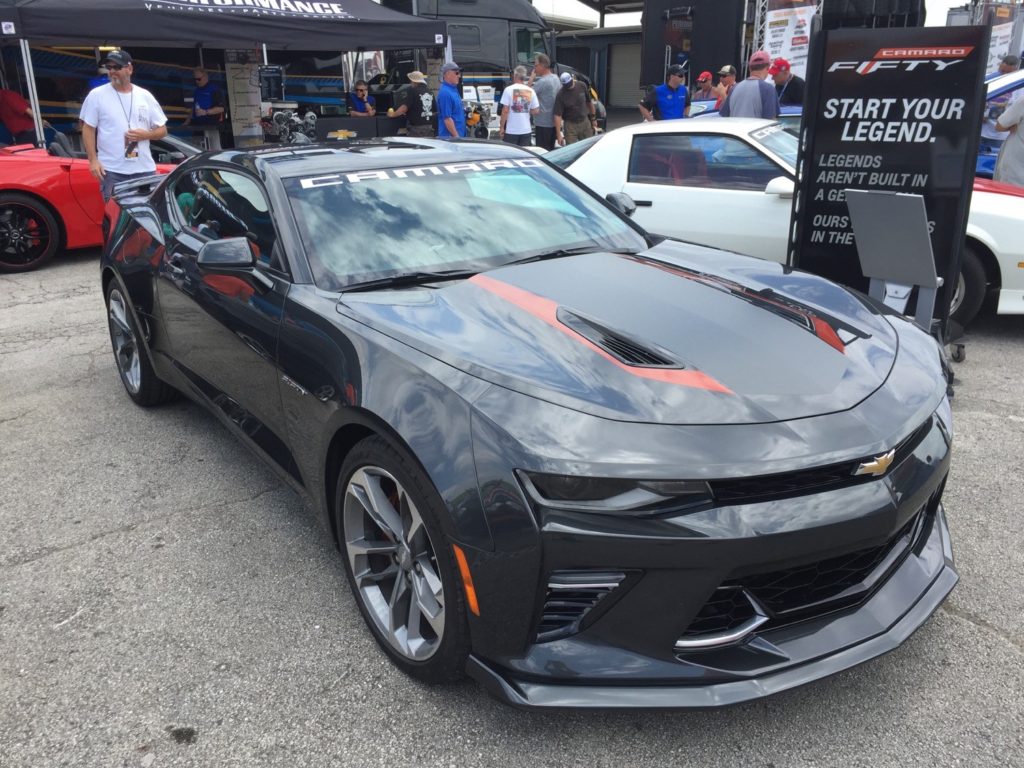 The Morgan Motor Company Ltd. was established in 1909 by H.F.S. Morgan with the design of the Morgan three-wheeler. A four-wheeled model began production in 1936, and Morgan cars have long become famous the world over for their unique blend of charisma, quality materials, craftsmanship and performance. 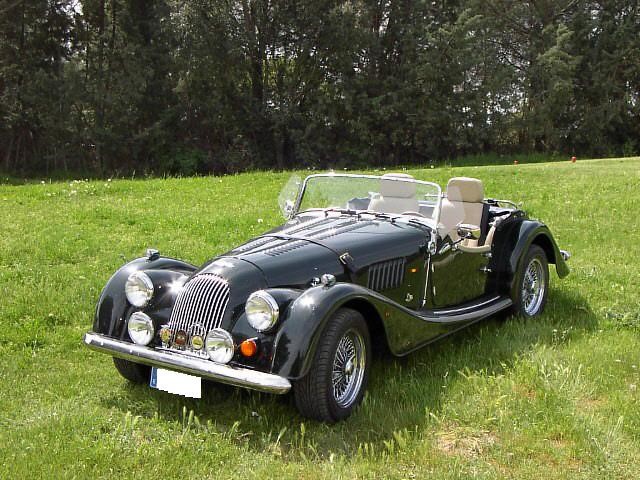 The ethos at Morgan remains unchanged: all their cars are coach built and subjected to continual development in order to meet current standards of safety and to offer the responsive thoroughbred performance with which the Morgan name is associated. The evolution of the company’s model-range has taken the marque into the 21st Century, and today Morgan builds in excess of 1300 cars per year, all crafted painstakingly by hand in Malvern, England. The Aero 8, a major achievement for a small Company, was launched in 2000, and continual evolution of the Aero Range has seen the 8 joined by the dramatic Aero SuperSports and its fixed-head sibling, the Aero Coupe. In 2011 the company re-launched the Morgan 3 Wheeler, a modern interpretation of H.F.S. Morgan’s original design. Morgan’s ‘Classic’ range continues to be its flagship automobiles – with models including the 4/4, the world’s longest-running production vehicle, and engine sizes ranging from 1600cc to 4800cc, these famous icons are the models perhaps most associated with Morgan and are beloved by owners in New England and around the world. 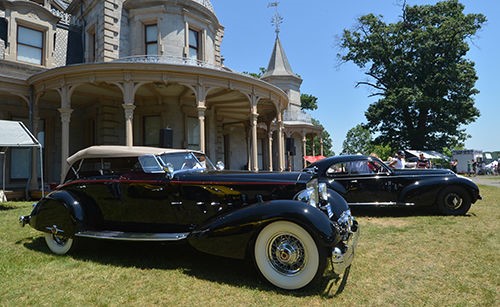