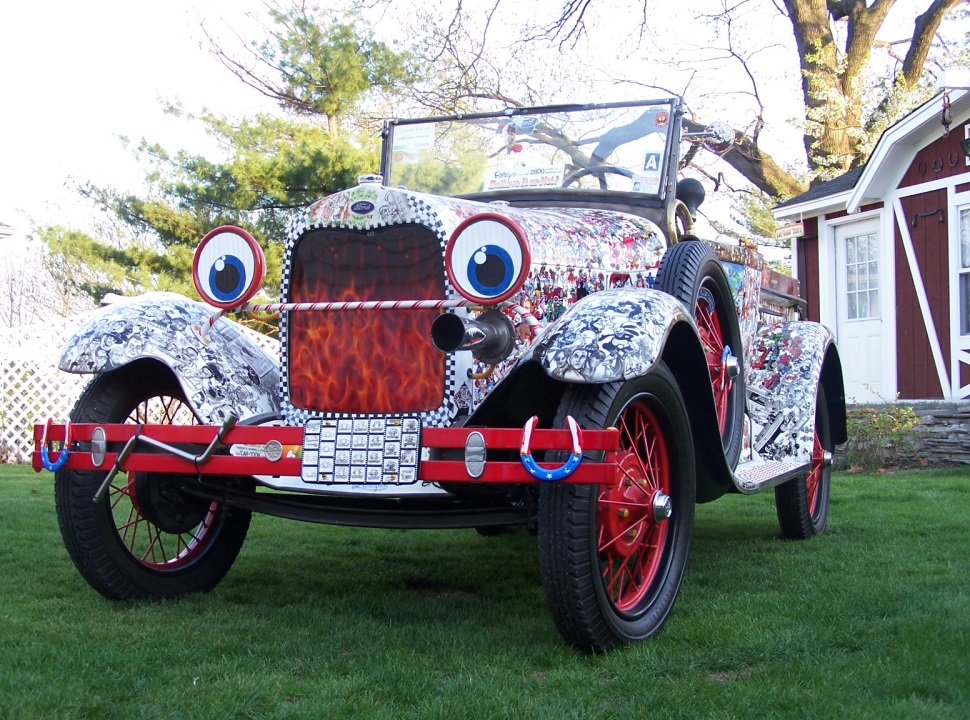 Norwalk, Conn. – There’s a special 1928 Ford Model AR Roadster Pickup that’s a big hit with both kids and adults that will be on display at the Father’s Day Car Show in Norwalk on Sunday June 19th from 10AM to 3PM.

Owner and artist Robert Luczun has spent more than three thousand hours airbrushing cartoon characters on the car, dating back from 1896 up until his newest addition of characters from the hit movie “Frozen”. The car has been a crowd-pleasing hit at many events including the New York Auto Show, Comic-Com NY, the Hilton Head Concours, the Newark Art Museum and the AACA Museum in Hershey, PA.

It has been termed a true work of art by automotive and art experts alike including Gary Bennett, Vice President of Barrett-Jackson Auctions who said “This is one of the most unique vehicles I have ever seen, it is amazing! It’s absolutely a fabulous car!” 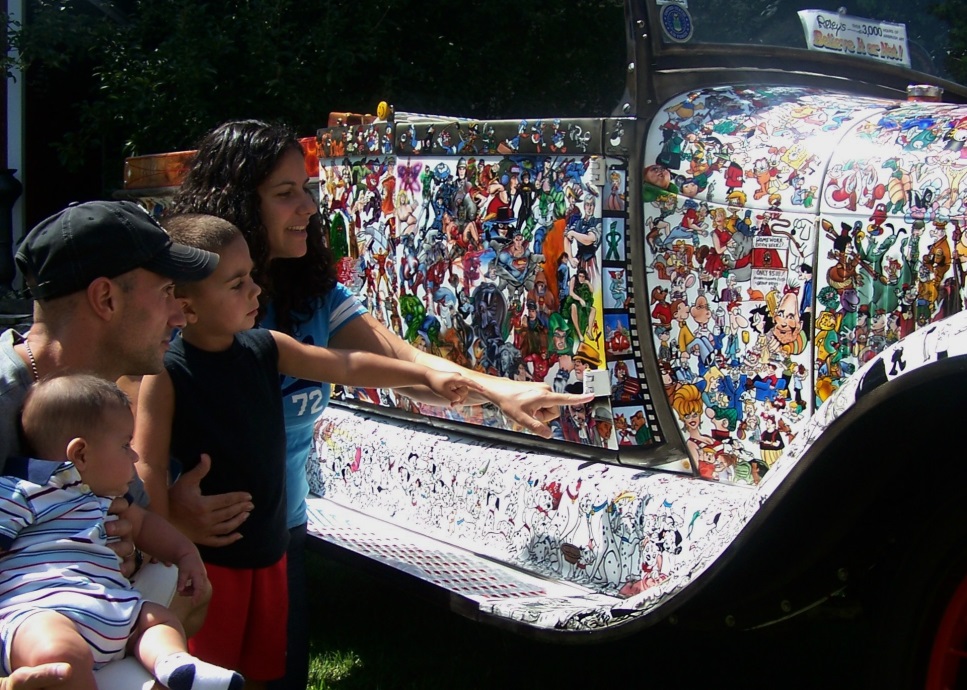 The truck will be part of the collection of over 100 show cars on display at the show and the Model A Ford will be one of the show’s featured marques. Model A’s followed Ford’s legendary Model T and almost 5 million were built during its production run from 1928 to 1931. Today, the Model A is one of the most collected and beloved antique cars in the United States and around the world.

The other featured marque at this year’s show will be Alfa Romeo headlined by the Grand Marshal of the show Alfredo Gulla of Larchmont, NY, an Alfa Romeo dealer for 55 years, who is welcoming the brand’s return to the U.S. market.

In addition to Model A Fords and Alfa Romeo cars, anyone interested in showing a car at this year’s Father’s Day Car Show may pre-register HERE – it’s only $10/per car to pre-register ($15 at the show entrance). Spectator admission is free. Dash plaques will be available for the first 100 cars to register.