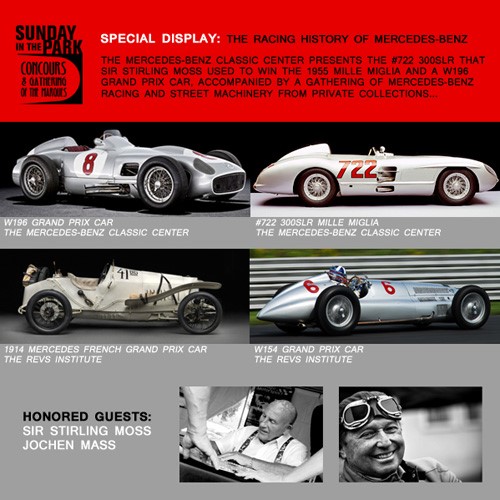 From the Mercedes-Benz Classic Center in Stuttgart, Germany

From The Revs Institute, Naples, Fla.

Smith is currently in conversation with additional entities regarding other rare and significant Mercedes-Benz competition cars; announcements to follow.

• The Honored Collector for Sunday in the Park 2015 is Jim Taylor, of Gloversville, N.Y. Jim’s unique perspective focuses heavily on collecting “survivors” – cars that show their history and wear it proudly, and aren’t always washed much less restored – as well as eclectic, special cars with significant character. Among the cars Mr. Taylor is bringing to Historic Festival 33 are:

• The Honored Motorcycle Collector for Sunday in the Park 2015 is Rob Iannucci – Team Obsolete – of Brooklyn, N.Y. Rob Iannucci is one of the great stewards of the vintage motorcycle racing community in North America and internationally. Through his racing organization, Team Obsolete, he has participated in and won most of the important vintage motorcycle racing events in the world. Mr. Iannucci’s collection primarily focuses on bikes from Matchless and AJS, with a sprinkling of racing Harleys and other two-wheeled masterpieces. Not just any bikes, these are some of the most famous racing bikes in the world coming to Lime Rock Park.

• Lime Rock Park has made a multi-million dollar investment in its infrastructure as part of the Road to 60 Project. The facility is now substantially improved as compared to 2014 and prior. Rebuilt and/or all-new include: Paddocks, restrooms, viewing areas, walkways, landscaping, Wi-Fi system, PA system and more. 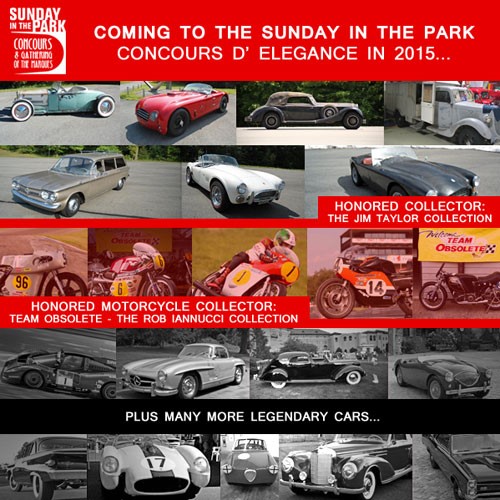