Hagerty’s first year of running the show will see a new format, and also a preview of Concours d’Lemons. 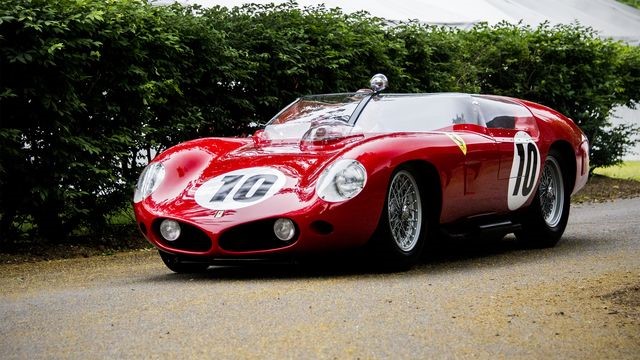 Greenwich, Conn. – Classic car events are still dealing with postponements and cancellations in the wake of the pandemic, but later this year the Greenwich Concours will return after a hiatus in 2020. The next edition of this popular northeast event will be held on Oct. 22-24, 2021.

It’ll also be the first year under Hagerty ownership, with the classic insurance company having acquired the event in late 2019 only to have to cancel the very next edition of the concours.

There are a number of big anniversaries this year; the 2021 concours will celebrate the 100th anniversary of Moto Guzzi, the 120th anniversary of Indian motorcycles, and 100 years since the founding of Duesenberg with featured classes.

Greenwich Concours will also feature a special class celebrating the 100 years of Allard, as well as 100 years of 3-Litre Bentley cars and 100 years of Springfield Rolls-Royce. Other classes will include Lancia, Right Coast Rods, Vintage SUVs, and Ford vs. GM.

The format of the event is changing a bit. If you’ve been used to visiting American cars on Saturday and then fighting for parking space on the Sunday of Concours Europa, which sees plenty of vintage and not-so-vintage European supercars, this year is going to be a little different. 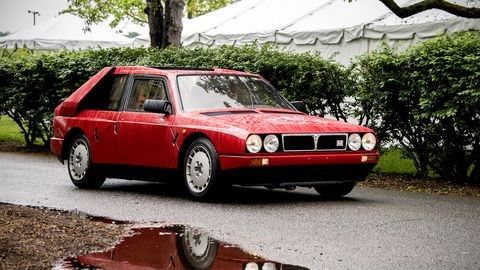 Lancia will be among the featured classes at the 2021 concours.
Autoweek photo

Friday will see a Bonhams auction preview part as well as a Hagerty-hosted welcome party for VIPs—these two events will be invite only. Saturday will feature a Grand Tour open to all concours exhibitors that promises to cover the most beautiful roads in the border area of Connecticut and New York. The Bonhams auction will be held on Saturday, as well as Hagerty Seminars presented by the Madison Avenue Sports Car Driving and Chowder Society. A waterfront party with food and entertainment will also be held on Saturday, hosted either at the L’Escale restaurant or at the Indian Harbor Yacht Club.

Sunday will be the day (and the only day) of the main concours event itself, which will feature American and foreign cars. It’ll be interesting to see how this new one-day format for the concours ends up playing out, as the two-day schedule has been a fixture of the concours for years. The separate day for the Bonhams auction will perhaps be a welcome change right away, as the auction event has had to compete with the concours for attention on Sunday in past years, while attendee turnout on Saturday had usually been dwarfed by the crowds on Sunday.

The Saturday auction day and the one-day concours format on Sunday seems like it will be a successful change to the event, and it will allow the concours to use more of the park’s grounds on Sunday. The fall schedule should also be a welcome change this year, as Greenwich visitors have had to contend with temperatures above 90 degrees on its early June weekends, along with often-powerful afternoon thunderstorms that would roll through like clockwork at 3 P.M. sharp, right before the awards ceremonies would start. 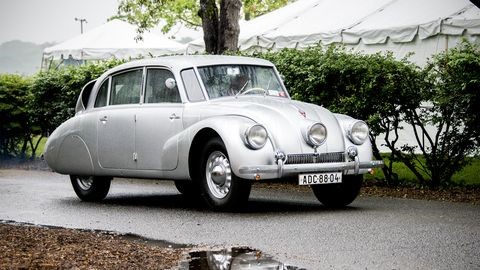 Past years off the event have featured a very eclectic selection of foreign cars on Sunday.
Autoweek photo

Greenwich won’t be the only concours in the northeast this fall, as the second year of Audrain’s Newport Concours and Motor Week is scheduled for September 30 through October 3. It’s very first year was in 2019, and it achieved an impressive level of spectacle just due to the location of the event itself.

2021 promises to be a very interesting year for both concours events and their satellite programs.

Visit the Greenwich Concours website for the full schedule and ticket information.