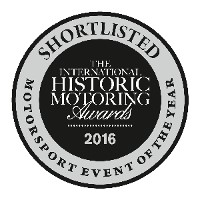 LAKEVILLE, Conn. – Lime Rock Park’s Historic Festival 34 (September 2-5, 2016) has been nominated in the category of “Motorsport Event of the Year” by the U.K.-based International Historic Motoring Awards (IHMA), presented in association with Octane magazine and EFG Private Bank.

The search to find the “best of the best” in the international historic motoring world reached its final stages last week, as the panel of expert judges assesses the nominees that have been shortlisted in each 2016 category. The IHMA categories celebrate the diversity and depth of the historic motoring industry and the individuals that work within it.

Judges such as Derek Bell, car designer Peter Stevens and Pink Floyd drummer and historic car collector and racer Nick Mason did not have an easy task, with a splendid range of international candidates to choose from across the various categories, including Denmark’s Rømø Motor Festival, Italy’s Concorso d’Eleganza Villa d’Este, Germany’s Eifel Rallye Festival and no less than three American automotive museums. The winners of each category will be announced November 17 when the “great and the good of the historic motoring world” gather at London’s Guildhall.

Lime Rock Historic Festival Chairman Murray Smith said, “I have to say, I see this Motorsport Event nomination as reward for all the hard work and creativity everyone at Lime Rock brings to bear for each year’s Festival. I like to think the IMHA recognizes the uniqueness of our having historic racing and a premier concours at the same venue at the same time. We are absolutely humbled and honored to be considered among other such prestigious events.”

For 34 years, America uniquely has one vintage automotive event that combines a prestigious concours d’elegance with authentic vintage and historic racing competition, all on the same property, all on one extended weekend. In 2016, Historic Festival 34 (and its concomitant Sunday in the Park Concours d’Elegance) saw 264 authentic race cars competing over three days in a total of 36 races (including 28 authentic, 1966-1972 SCCA Trans-Am cars, all with documented, in-period race histories), while the Concours had 281 invited entrants plus another 588 collector cars of all stripes in the “Gathering of the Marques” exhibit.

Historic Festival 35 is already scheduled for Labor Day weekend next year, September 1 – 4, 2017 and it promises to be another spectacular event that should be on every car enthusiast’s calendar. 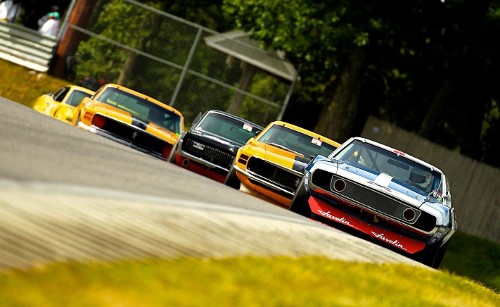 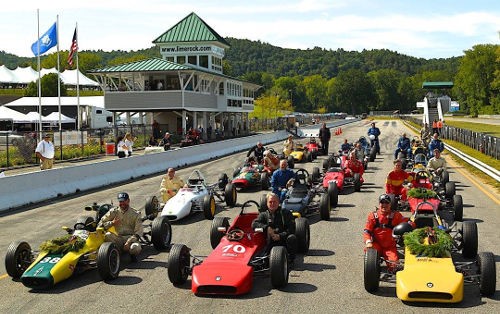 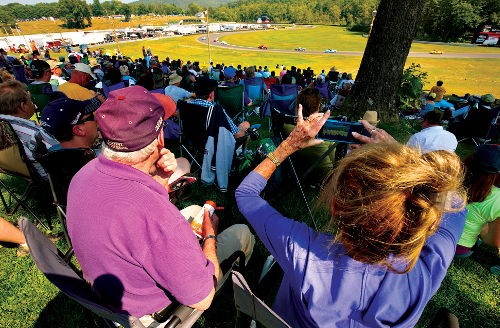