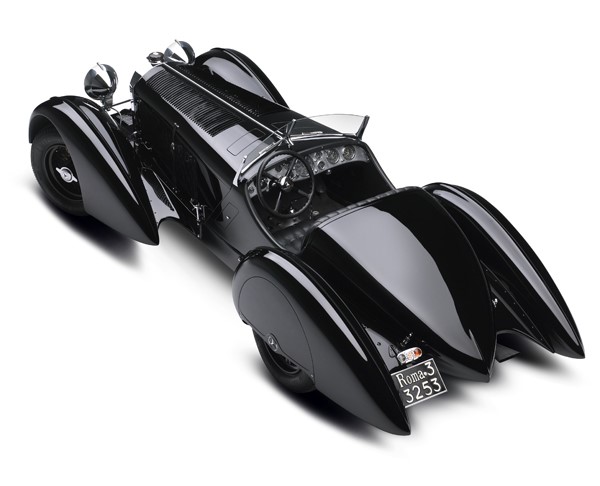 The SSK’s extreme performance and numerous competitive successes made it one of the most highly regarded sports cars of its era. Fewer than six entirely original SSK models remain. The SSK was the last Mercedes-Benz designed by Ferdinand Porsche before he left to found his own car company.

As of today, here’s the outstanding collection of Mercedes competition cars that will be at Historic Festival 33, September 4-7… 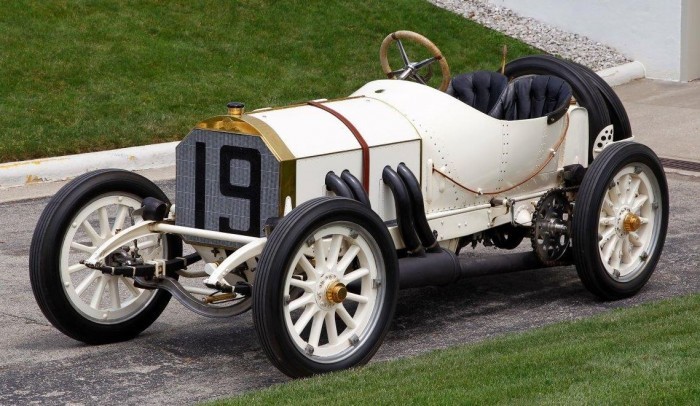 In the 1912 Indy 500, two Brooklands started – one by Wishart and one by Ralph De Palma – and De Palma very nearly won. In the car he nicknamed the Gray Ghost, he led 195 laps, but then a connecting rod broke. De Palma was able to coast one more lap but in the end he was classified 11th, behind winner Joe Dawson. (Wishart completed 82 laps and finished 15th.) These Brooklands were fitted with 583 cubic inch 4 cylinder engines.

The records of the individual Brooklands cars are difficult to distinguish from each other; the racers were leased and loaned to many owners and drivers. De Palma’s Brooklands was later lost in a fire. The Mercedes Brooklands has been kindly lent to Lime Rock by the Indianapolis Motor Speedway Hall of Fame Museum.

“It was the Brooklands models that built the very foundation of Mercedes racing success from the early 1900s onward,” Smith says. “A spectacular grouping, all of these very rare, very special Mercedes in one place at one time? Well, that pretty much speaks for itself, doesn’t it? I can’t tell you how pleased Lime Rock is to bring these cars to its fans and the media in such an intimate, beautiful and historic setting. Having Sir Stirling Moss and Jochen Mass as the weekend’s Honored Guests will add immensely to the Mercedes celebration, of course.”

About the Historic Festival: Since 1983, the East Coast’s premier vintage racing and concours event has been the Historic Festival at Lime Rock Park, held annually over Labor Day weekend. No other venue in the U.S. has three days of on-track racing sandwiching a prestigious concours event all on the same property, all at the same time. Historic Festival 33 is Thursday, September 3 (17-mile Vintage Race & Sports Car Parade) through Monday, September 7, while the Sunday in the Park Concours d’Elegance & Gathering of the Marques is September 6. Historic Festival 33 features Honored Guests Sir Stirling Moss and Jochen Mass, and one of the most distinctive gatherings of Mercedes-Benz competition cars in recent memory. Schedule: Thursday, Vintage Race Car Parade; Friday, Practice & Qualifying; Saturday, 18 races and demonstration laps; Sunday in the Park Concours; Monday, 18 races and demonstration laps. Ticket and other information at limerockhistorics.com & limerock.com