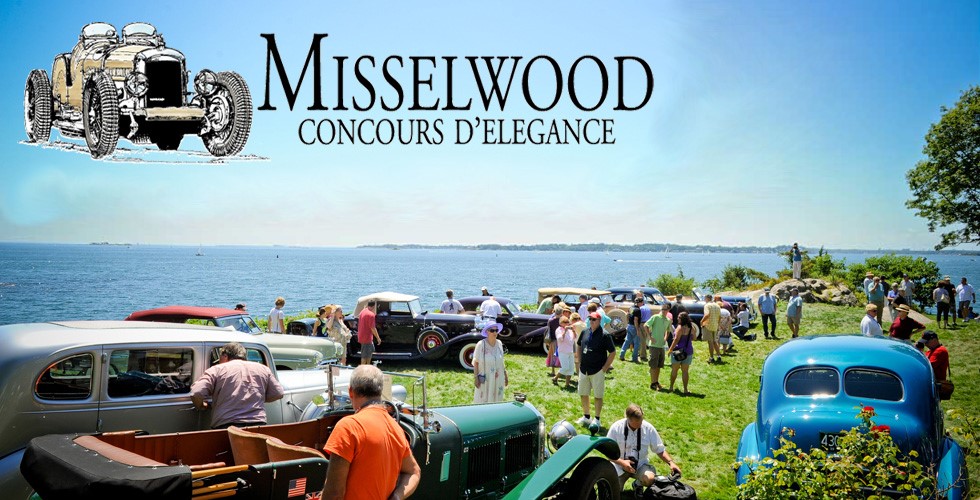 Beverly. MA – In 2010, the launch of a Concours d’Elegance show on Boston’s historic North Shore area was welcomed with great enthusiasm and excitement. Since then, thousands of people have roamed the Misselwood Estate to explore the magnificent display of antique cars and motorcycles, each significant in their own field. While concours car owners consider the spectacular oceanfront setting to be the Pebble Beach of the East Coast, the sloping lawns, hidden corners and manicured landscaping make for one of the most scenic concours shows in America if not the world.

Concours d’Elegance shows date back to the 17th century, whereby horse-drawn carriages paraded in the parks of Paris. Over time, these carriages were replaced by horse powered automobiles to be judged on their appearance in a “concourse of elegance”. The Misselwood Concours d’Elegance honors that tradition, as cars and motorcycles compete for various Best in Class awards, and ultimately for the coveted Best of Show Award. In 2014, the top-honors were given to a 1914 Locomobile Model 48 Berline, owned by Pebble Beach and Amelia Island judge Bill Alley. Alley is a former Olympian and a retired mechanical engineer who is committed to the preservation and history of the early automobile. For a full list of the 2014 award winners, please click here.

While the awards reflect the true uniqueness of the participating vehicles, it is gratifying that funds raised by tickets sales of the Misselwood Concours d’Elegance are dedicated directly towards student scholarships, providing current and future students the opportunity to start or successfully finish their educational dreams at Endicott College. Linking classic cars and motorcycles with supporting young adults in their pursuit of a college degree makes the Misselwood Concours d’Elegance truly distinctive.

Those not yet familiar with this region of New England should come and discover the history, traditions and rich heritage of the area and explore everything from scenic route 127, to Beverly, Salem, Gloucester andr Cape Ann. The area of the concours was often referred to as the “Gold Coast”, and became a summer destination for wealthy Bostonians and New Yorkers in the late eighteenth and early nineteenth century. Set in this idyllic backdrop, literally at the edge of the Atlantic Ocean the Concours celebrates its 6th anniversary on Saturday July 25 and Sunday July 26, 2015 and the organizers look forward to welcoming back show car owners and classic car lovers to this beautiful setting in coastal Massachusetts.