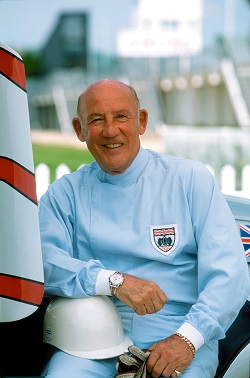 Jacksonville, FL – Sir Stirling Moss has been named the Honoree of the20th annual Amelia Island Concours d’Elegance. Sir Stirling was the honoree of the first Amelia Island Concours in 1996 and will again be the honoree in 2015 at the international concours season opener in northeast Florida. Moss is the only person to be honored twice by the Amelia Island Concours d’Elegance. The cars that defined Sir Stirling’s career in 1955, the Mercedes-Benz racing cars that brought him his greatest fame, will serve as the centerpiece of the 20th anniversary Amelia display field
.
On May 22, 1955 Moss and navigator Denis Jenkinson won the punishing Mille Miglia to score Mercedes-Benz’s first victory of the World Sports Car Championship season. The epic 1000mile open road race around the Italian peninsula took Moss nearly ten non-stop hours. The speed record he set 60 years ago still stands. Less than a month later Mercedes’ withdrew from the 24 Hours of Le Mans after an accident involving one of the team’s 300SLRs and an Austin-Healey. Moss and his co-driver, reigning World Champion Juan Fangio, were leading by nearly three laps when the decision to withdraw came from Germany. The retirement cost Moss another career first as the only man to win the Mille Miglia and the 24 Hours of Le Mans in the same season.

“Sir Stirling set us on our path in 1996,” said Bill Warner, Founder and Chairman of the Amelia Island Concours d’Elegance. “To have Sir Stirling and his Mercedes-Benz racers from the 1955 double world championship season on the field is a fantasy come true for us. This is absolutely unprecedented. Mercedes-Benz Classic, the Indianapolis Motor Speedway Hall of Fame Museum and Sir Stirling have given us all a moment unequaled in motorsport history.” “Sir Stirling’s Mille Miglia, TT and Targa winning 300SSLR will join his W196 Monoposto and the Streamliner he raced and led with at Monza, his last Formula 1 race for Mercedes-Benz,” said Warner. “We’re honored to be able to present this extraordinary collection of Sir Stirling’s Mercedes-Benz World Champions.” 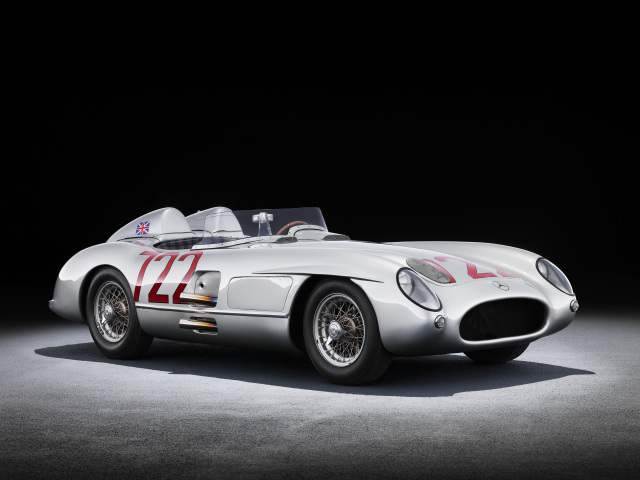