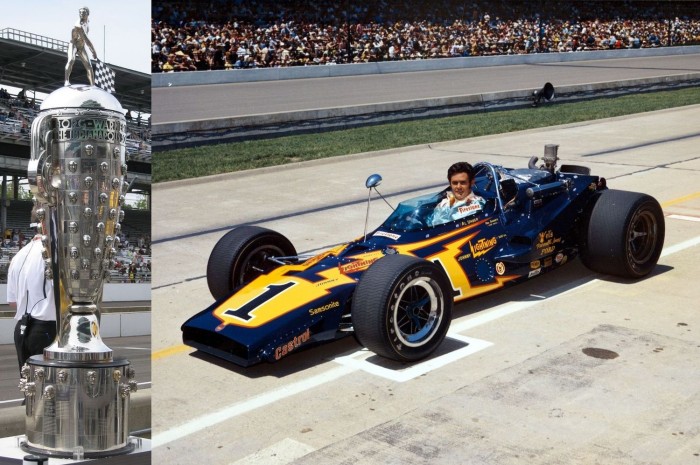 Amelia Island, Fla. – Of course, race cars get all the attention: They’re fast, loud, oftentimes flashy, and driven by men of legend. But those men of legend don’t just race for the thrill of it. They race for the money, the recognition and, not least of all, the trophies. For the first time ever this year, some of the most prestigious and historic motorsports trophies will gather in one place as the Amelia Island Concours d’Elegance pairs them with some of the most noteworthy cars that won them.

The idea for the pairings came, according to Amelia Island founder and chairman Bill Warner, over a couple of beers. “A bottle of Guinness with Donald Osborne at the Mille Miglia,” he said. “Seriously, Donald showed me a Mille Miglia trophy while I was over there, and I thought, why not get a collection of them and match them with the cars.”

So Warner went to work putting together a list of the most famous trophies in motorsports. Some seemed like no-brainers, like the Borg-Warner Trophy, which has gone to the winner of every Indianapolis 500 since 1936 and remains with the Indianapolis Motor Speedway. Warner decided to pair it with the Ford V-8-powered Johnny Lightning Special that Al Unser drove to victory in both 1970 and 1971 and that nowadays resides in the Unser Racing Museum in Albuquerque, New Mexico. 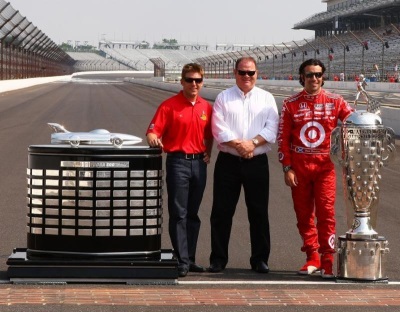 Frank Wheeler and three other local men opened the Indianapolis Motor Speedway in 1909. Prior to the inauguration of the Indianapolis 500 in 1911, the Wheeler-Schebler company sponsored the Wheeler-Schebler Trophy Race at the track. The $10,000 trophy was sterling silver and designed by Tiffany. Descriptions of this masterpiece of silversmithing put its height at anywhere from seven to eight and a half feet. It was the traveling trophy for winning the premiere events of the Indianapolis Motor Speedway’s race meets in 1909 and 1910. The Trophy was retired briefly with the introduction of the Indianapolis 500 in 1911, but reinstated in 1913 as the prize for the team leading at the 400-mile mark. As the deed stipulated that the trophy would be permanently awarded to the team winning it for three consecutive years, it was presented to driver turned entrant Harry Hartz when his Miller-Hartz cars won the award in 1930, 31 and 32. It was returned to the Indianapolis Motor Speedway in the 1950’s and stands proudly today at the Speedway’s Hall of Fame Museum. At Amelia Island, the trophy will be paired with the Old Number 10 Buick, winner of the 1909 race. 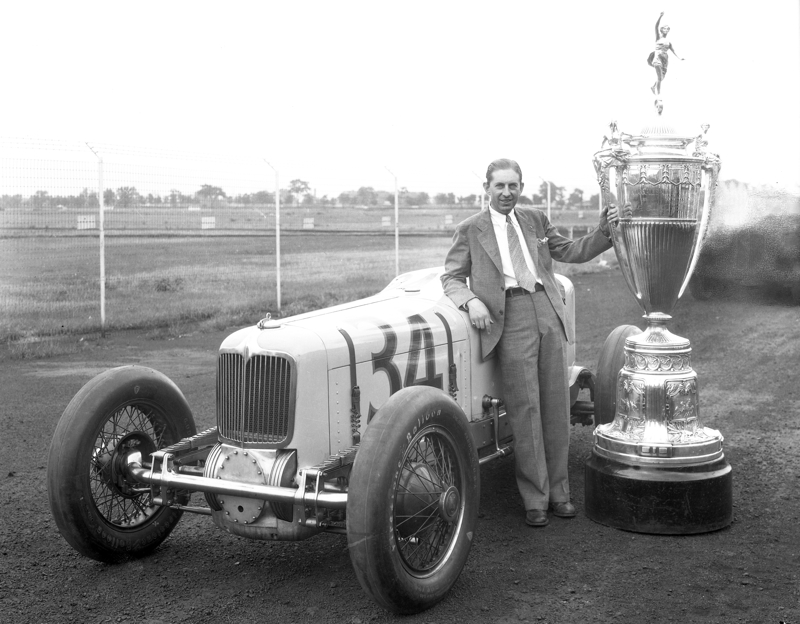 Harry Hartz with the Wheeler-Schebler Trophy in 1932 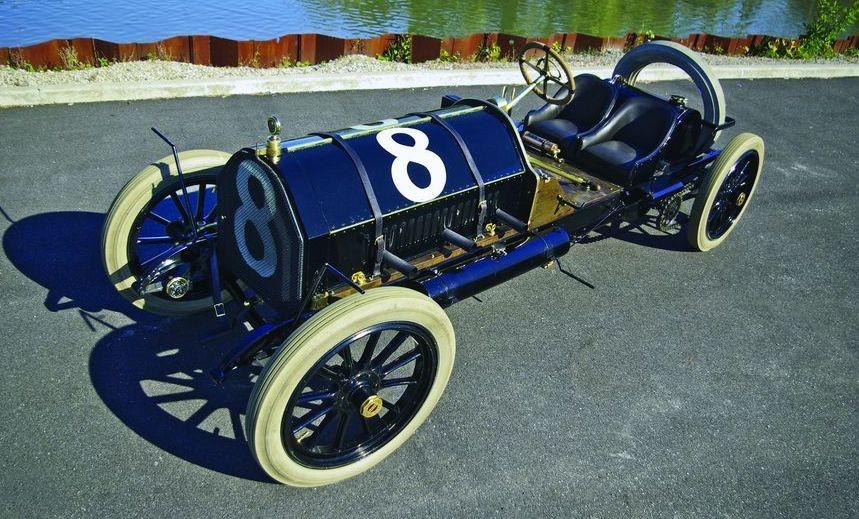 In addition, the display will pair a replica of the Challenge Cup presented by W.K. Vanderbilt Jr. (the original sits in storage at the Smithsonian) paired with the 1909 ALCO Black Beast; and the Alec Ulmann Trophy from the Sebring 12 Hour, which will be paired with an OSCA MT4, built by the Maserati brothers and overall winner of the 1954 race.

Warner said the trophies will go on display in the Ritz-Carlton hotel from Thursday through Saturday and then take their positions on the field with each car on Sunday, March 13th.

Now in its third decade, the Amelia Island Concours d’Elegance is among the top automotive events in the world. Always on the second full weekend in March, ‘The Amelia’ draws over 250 rare vehicles from collections around the world to The Golf Club of Amelia Island and The Ritz-Carlton, Amelia Island. It is a celebration of the automobile like no other. Since 1996, the show’s Foundation has donated over $2.75 million to Community Hospice of Northeast Florida, Inc., Spina Bifida of Jacksonville, The Navy Marine Corps Relief Society, and other deserving charities. The 21st annual Amelia Island Concours d’Elegance is scheduled for March 11-13, 2016. For more information, visit www.ameliaconcours.org