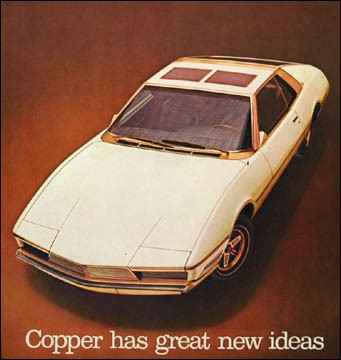 Bridgeport, CT – Designed by Mario Revelli, a leading automotive designer in the day, and built by Coggiola Carrozziere as a prototype in Turin, Italy, Exemplar I was commissioned by the Bridgeport Brass Company in cooperation with the Copper Development Association. The car’s purpose was to present engineering innovations for greater safety, comfort and performance and to demonstrate new decorative applications for copper and bronze.

A contemporary article in the April 26, 1968 issue of The Chicago Tribune by John McDonnell described the car as follows:

Brass Copper Used to Trim Exemplar I; Prototype Auto’s an Engineer’s Dream
“Exemplar I is a prototype car designed to show how brass and copper can be just as effective for decorative trim as chrome and stainless steel. But it is much more than that, as visitors at the Design Engineers Show in the International Amphitheater (in Chicago) found out this week. Exemplar I is an engineer’s dream. In addition to its racy styling by Italian Mario Revelli, the sleek auto contains many new features that may someday be found on production cars. From road to roof, Exemplar I shows what can be done with a Buick Riviera chassis and engine when cost is no object. 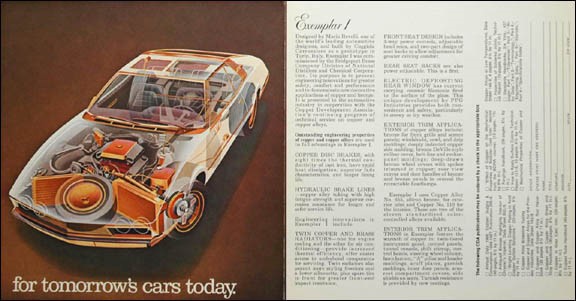 By comparison, today’s (1968) production cars contain only 35 pounds of copper. Except for the Chrysler Imperial, which uses copper in some interior trim applications, the metal is used in functional uses such as radiator tubing, small electric motors etc.

The copper industry hopes to get Detroit to use copper in many more applications. They showed the car to designers at Ford and Chrysler and got very favorable reaction, they said.

The car is owned by Bridgeport Brass Company.” 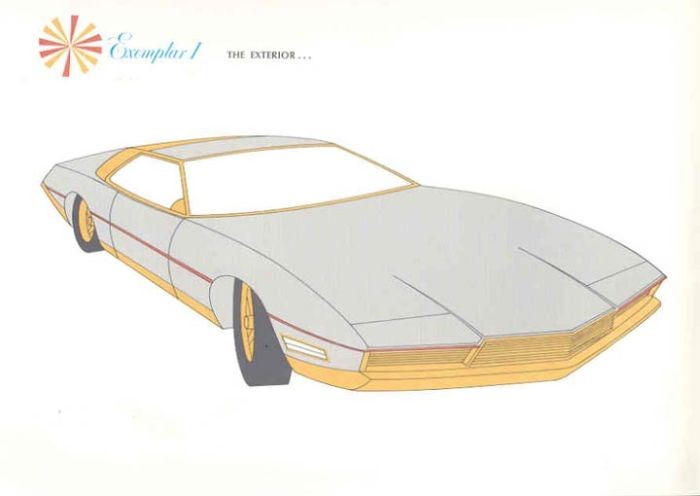 Flash forward to 2015:
The actual car was put in storage for many years by the former President of Bridgeport Brass, and when heirs threatened to sell the car for scrap in 1995, the brothers Manny and George Dragone, owners of Dragone Classics stepped in to save this rare and historically significant automobile. Unfortunately a sister car, Exemplar II built on an Olds Toronado chassis did not escape the crusher so Exemplar I remains one-of-one in existence.
With the rise in collectors’ interest in rare one-off concept cars in recent years, the brothers decided to restore the car to its original glory. Currently the restoration is underway at the Dragone restoration shops in Bridgeport and the car will be the featured vehicle at the Fall Auction at Dragone Classics’ showroom in Westport, CT on Saturday, October 17th along with dozens of other rare classics. Potential bidders can register to bid at www.dragoneclassics.com Bidder registration includes a print catalog, admission to the auction for two people, open bar and dinner for you and your guest and two reserved seats subject to availability.