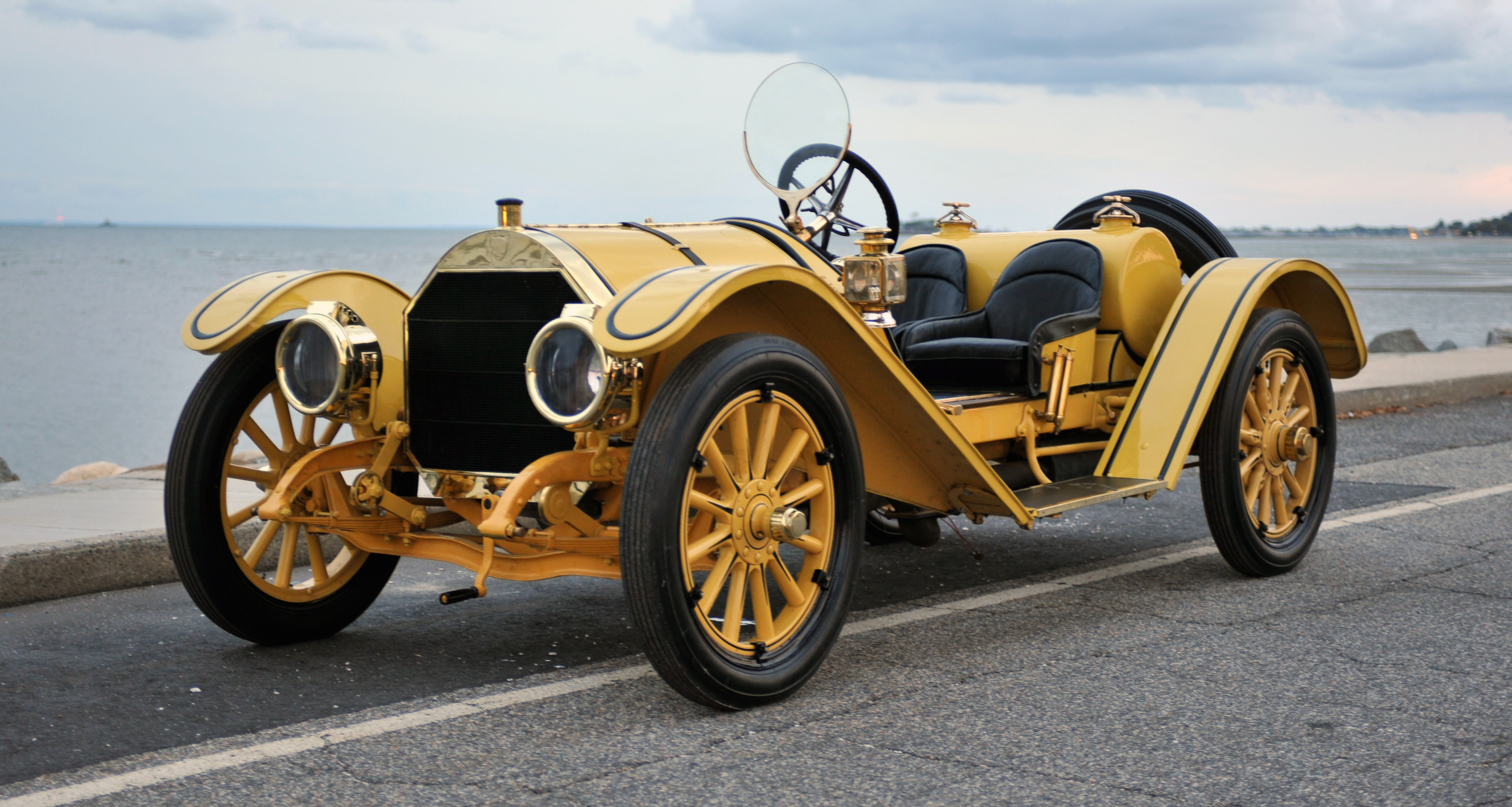 Dragone Classic Motorcars is will be offering a vast array of extremely rare and exciting motorcars at their fall auction for 2014 on Saturday, October 18. The event will take place at the Dragone Classic Motorcars gallery in Westport, Connecticut.  This auction features a rare 1912 Mercer Raceabout, which is the second Mercer Raceabout to be sold this year, following the $2.5 million sale in August by RM Auctions in Monterey, California.  The event will also feature a 1935 Auburn Speedster that has been a one-family owned since 1954, several of the finest Corvettes, and the entire contents of the Mason Thrall Estate Collection.  “There’s something in this auction for everyone at all levels of the market,” said Manny Dragone of Dragone Classic Motorcars.

The Thrall collection carries a rich and diverse number of motorcars, reflecting all aspects of the collector car market.  Among the highlights are: a 1921 Rolls-Royce Silver Ghost Landaulet with coachwork by Barker, previously owned by the Ellenville Auto Museum in New York.  This magnificent car is presented in original condition.  Also featured are several micro cars including: a Messerschmitt K200 and two BMW Isettas.  Collectors of the unusual will find delight with a 1931 De Vaux and a 1926 Moon.  The Thrall collection also features marques such as: Peerless, Packard, Hupmobile, Franklin, Graham, Oakland, Chrysler, and Studebaker to name a few.  For the muscle car enthusiasts “without a doubt, this is one of the most eclectic collection of motorcars we’ve ever offered,” said Dragone including a 1965 Plymouth Barracuda, a 1984 Oldsmobile Hurst/442 with only 657 original miles since new, two 427 Corvettes from the 1960s and a stunning 1969 Ford Shelby GT500 with a 428 Cobra jet engine.  Thrall spent an entire lifetime acquiring this most unusual assortment of cars.

The beautiful 1912 Mercer Raceabout is fully documented, with lineage going back to the 1940’s.  This Mercer is perhaps, one of the most original in existence with ties to names like Webster Knight, Edward Malley, Alec Ullman, and David V. Uihlein, Jr.  There’s also the 1935 Auburn Speedster that was recently cosmetically refurbished and presented in its original black livery.

For collectors of America’s sports car, the auction features some of the rarest and best Corvettes with a 1957 fuel-injected four speed, a 1959 with dual-quad carburetors, and a 1962 fuel-injected model.  “The quality, fit, and finish on these Corvettes is amazing,” said Dragone.  In addition, offered is a fully documented, rare aluminum bodied 1950 Jaguar XK120 that has been fully restored to its exact factory specifications.  This exquisitely styled body, along with its 3.4 liter dual overhead cam inline-six, set a world standard for what a performance car should be in its day.  Additionally, a wonderful piece of art deco history is being offered, styled by the great French industrial designer Raymond Loewy, an aerodynamic Hupmobile coupe from 1935; also offered, a Chrysler Airflow and a 1934 Brewster, all very rare and unique automobiles.

This will be the fourth sale since 2012 when the Dragone brothers began auctioning some of the world’s rarest and most unique classic cars found all over the globe.   On Friday, October 17th, there will be an all-day preview of the classics that will be for sale on auction day starting at 10:00am, followed by a cocktail party at 5:00pm to celebrate the following day’s event with classic car collectors, prospective bidders and friends.  This auction promises to “satisfy a spectrum of different automotive tastes,” stated Manny Dragone.