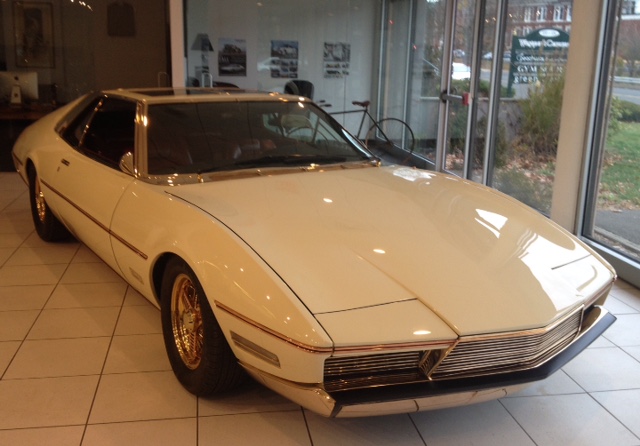 Exemplar I on display at Dragone Classics Showroom in Westport, Conn.

Amelia Island, Fla. – Like many concept cars, the Exemplar I nearly didn’t survive to the present day. After two full years on the show circuit, only a last-minute stay of execution kept it from getting crushed. Yet, instead of returning to the public eye, it has remained largely out of sight for the last 45 years, a condition that will change this spring when the newly restored Buick-based one-off appears at Amelia Island Concours on March 13th.
Unlike most concept cars, however, the Exemplar I didn’t emerge from a major automaker’s styling studio. Rather, its genesis lies with the Bridgeport Brass Company in Bridgeport, Connecticut, and the Copper Development Association, the industry group behind the 1964 Mercer-Cobra. That car built on a stretched Shelby Cobra chassis and bodied by Sibona-Basano after a design by Virgil Exner and his son, Virgil Exner Jr., came about as an attempt by the CDA to convince Detroit to expand its use of copper beyond simple wiring – the exact same reason for the Exemplar I.

“The purpose is to present engineering innovations for greater safety, comfort and performance, and to demonstrate new decorative applications of copper and bronze,” the CDA wrote in its brochure for the Exemplar I. As with the Mercer-Cobra, the Exemplar I used copper in its disc brakes, its radiators, and pretty much wherever other cars used chrome – as engine decoration, as exterior trim, and extensively throughout the interior. 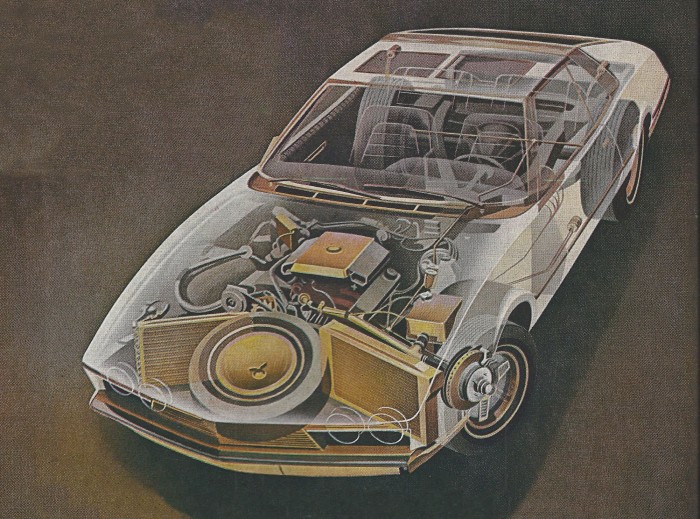 Without any experience in automotive design and manufacturing, however, CDA officials had to outsource the car’s construction. They started by acquiring a 1967 Buick Riviera fitted with a 360-hp, 430-cu.in. V-8 then turned to Carrozzeria Coggiola of Orbassano, Italy. Sergio Coggiola had founded the carrozzeria just the year before after serving as the head of Ghia’s prototype shop since 1952, and quickly became known for turning out prototypes, though he’d also intended the carrozzeria to serve as a styling studio.
To pen the Exemplar, Coggiola turned to Mario Revelli de Beaumont, who began designing special-bodied cars in the 1920s for numerous coachbuilders and automakers. Revelli went for a modern combination of angles and curves with a back-half shape that somewhat resembles the later second-generation AMC Javelin, if the latter had flush glass between its flying buttress C-pillars. Along the way, he made sure to insert as many copper highlights as possible, particularly in the interior. 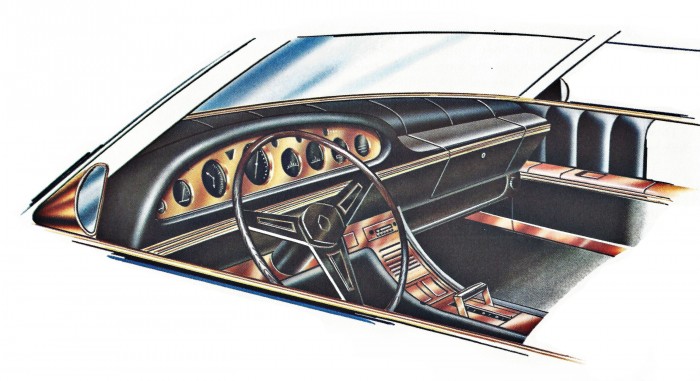 Finished late in 1967, the Exemplar I debuted privately for Bridgeport Brass and CDA execs and then publicly early in 1968 at the New York Auto Show. Whether it influenced any automaker to include more brass or copper in the construction of new cars, there appears to be no record, but it traveled to numerous auto shows over the next two years, until CDA officials decided to crush it either in late 1969 or early 1970. Thanks to the National Traffic and Motor Vehicle Safety Act of 1966, one-off cars at that time had virtually no chance of becoming street legal, and the CDA thus couldn’t legitimately sell to the public a vehicle that couldn’t be registered for the road.

Only the intervention of Bridgeport Brass president Herman Steinkraus kept that from happening. Steinkraus, a prominent southern Connecticut businessman and supporter of the arts, reportedly decreed the Exemplar I too beautiful to be destroyed. So he bought it and, according to collector Manny Dragone, kept the car under cover and unseen on his 25-acre estate in Darien, Connecticut, until his death in the late 1980s.

In the meantime, the CDA built at least six more cars. A second Exemplar came along in 1972, another Revelli design but this time based on an Oldsmobile Toronado. Apparently unsuccessful in bending Detroit’s ear on copper trim, the CDA then switched tactics and began building conceptual electric cars which, of course, used lots and lots of copper wiring. 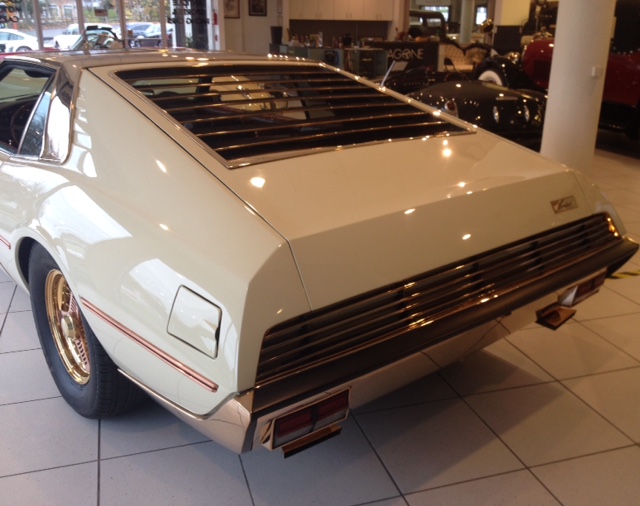 Dragone and his brother, George, based out of Bridgeport, came across the Exemplar I in about 1990 and bought it from the Steinkraus estate. Not until this year did they decide to give it a cosmetic restoration, in preparation for the Dragone Fall Auction. “With all the copper and brass, it’s just outrageous,” Manny Dragone said. Dragone later reported that the Exemplar bid up to $850,000 but didn’t meet its reserve price. As result, visitors to the Amelia Concours will be able to enjoy the car as part of the “Concept Cars Beyond Detroit” class.
Article by Daniel Stahl, Hemmings Daily
Photos & images courtesy Dragone Auctions 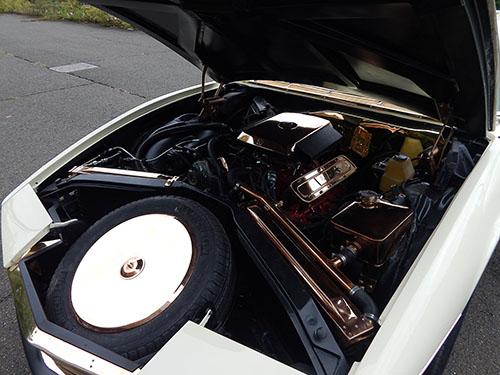 Exemplar I spare tire behind grille for crash protection