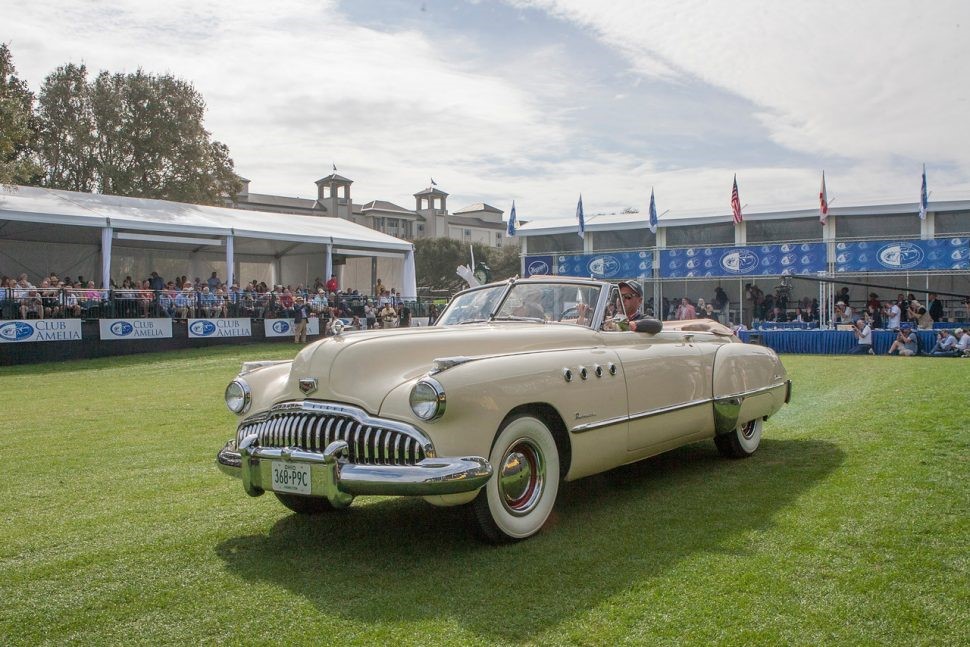 Amelia Island, Fla. – One appeal of the Amelia Island Concours d’Elegance (and trust us, there are many) is the diversity of cars selected to appear each March. From the “Cars You Never Knew Existed” class (featuring automotive eccentricities like a four-door Porsche 928, or the aircraft-inspired 1948 Tasco prototype) to famous racing cars and CCCA Full Classics, the show offers something for everyone to appreciate. For 2017, the show will expand its range to include cars seen on the silver screen, starring in a new Movie Cars class.
Loads of cars have appeared in Hollywood films, but only a select number of them are considered stars in their own right. These are the cars that play leading roles, the ones we remember long after we’ve left the movie theater or drive-in. The special category was inspired by the popularity of the 1949 Buick Roadmaster convertible, featured in the Academy Award-winning 1988 feature film Rain Main. It was displayed by Connecticut-based restorer Wayne Carini in the Post War American Production Class at the 2016 Amelia Island Concours d’Elegance. Owned by Rain Main director Barry Levinson, the Buick will be making a repeat appearance at the 2017 show.
In the words of Concours Chairman Bill Warner “When Wayne Carini brought the 1949 Rain Man Buick Roadmaster to Amelia last year it triggered something important. Memories of special cars and movies often frame the central moments of our emotional lives. Usually they resurrect happy memories. Those feelings and memories are precisely what we’re shooting for with the Movie Cars class.” 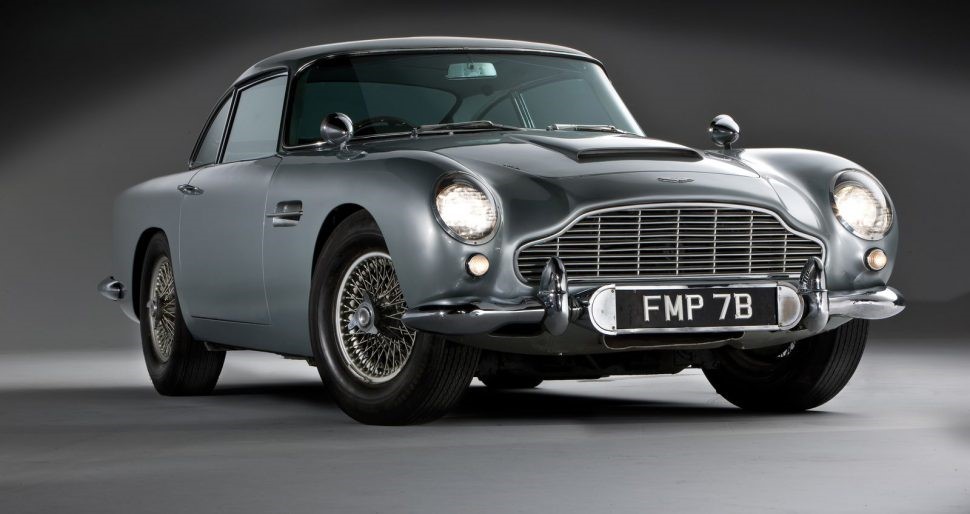 Perhaps the best-known car to appear will be the 1964 Aston Martin DB5, driven by Sean Connery (as James Bond) in Goldfinger and Thunderball. As the most astute Bond fans know, two DB5s were originally built for the filming of 1964’s Goldfinger. One, the “Effects Car,” came with the full assemblage of gadgetry seen in the movie, making it too heavy and slow to drive. A second car, the “Road Car,” was built for the driving scenes, but gadgets were later added before the car was used in the filming of 1965’s Thunderball. Additionally, two other DB5s, known as the “Press Cars,” were constructed for promotional appearances.
The Effects Car was stolen from a Florida aircraft hangar in 1997, and has never been recovered. That leaves the Road Car as the sole surviving screen-featured James Bond DB5, and it’s this car, now owned by collector Harry Yeaggy, that will be appearing at Amelia Island.

Elvis Presley with the 1959 Corvette XP-87 Stingray Racer, which has been restored to as-raced condition with a silver livery Photo courtesy Amelia Island Concours d’Elegance.

The 2017 Amelia Island Concours d’Elegance will take place on March 10-12 at the Golf Club of Amelia Island and The Ritz-Carleton, Amelia Island. For additional information, or to purchase tickets, visit AmeliaConcours.org. 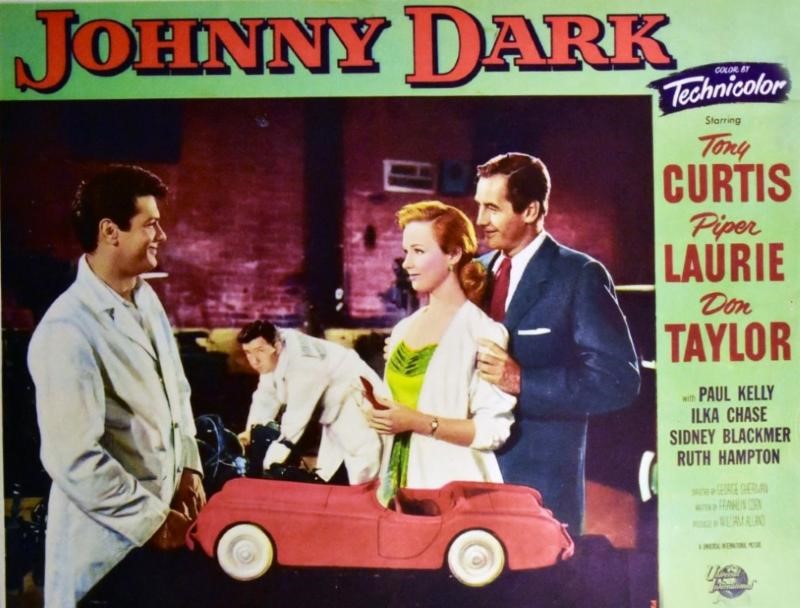 Now in its third decade, the Amelia Island Concours d’Elegance is among the top automotive events in the world. Always held the second full weekend in March, “The Amelia” draws over 250 rare vehicles from collections around the world to The Golf Club of Amelia Island and The Ritz-Carlton, Amelia Island for a celebration of the automobile like no other. Since 1996, the show’s Foundation has donated over $3.0 million to Community Hospice of Northeast Florida, Inc., Spina Bifida of Jacksonville, The Navy Marine Corps Relief Society, Shop with Cops, and other deserving charities. The 22nd annual Amelia Island Concours d’Elegance is scheduled for March 10-12, 2017. For more information, visit www.ameliaconcours.org