Amelia Island, Fla. – Two heaping portions of hopeful Americana are coming to the Amelia Island Concours d’Elegance March 11 – 13. Part of the Bortz Auto Collection, the 2001 Lincoln MK9 and 2003 Mercury Messenger concepts will be on display at this year’s festivities.

After the boom of the 1990s, Ford was down on its luck at the turn of the 21st century. Profits were down as high fuel prices, among other things, ate into sales. The success of the 1990s had also made Ford bigger and more unwieldy, with baggage like Jaguar, Land Rover, Aston Martin, Mazda, and Volvo on board in addition to Lincoln and Mercury.

But the early 2000s weren’t entirely without optimism, as Lincoln and Mercury each revealed major concepts in 2001 and 2003, respectively. Both penned by Gerry McGovern, who would go on to have wild success with Land Rover and designs like the Evoque SUV; the Lincoln MK9 and Mercury Messenger were enormous pieces of an offensive to rejuvenate the struggling luxury nameplates. 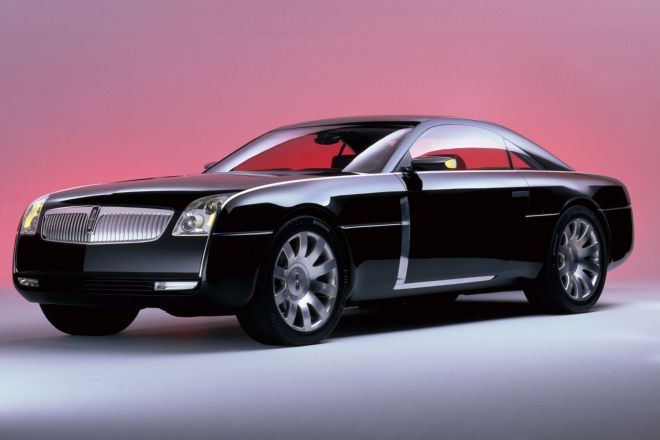 Heralded as the return of the personal luxury coupe at the 2001 New York auto show, the Lincoln MK9 was supposed to pick up where the Mark VIII left off in 1998. Three years of silence from Lincoln left people wondering where American luxury would go into the 21st century, and the MK9’s blend of stately exterior design and elegant, futuristic luxury cues was supposed to point the way forward.

The Italian composite body rode on a Lincoln chassis. While the proportions were somewhat similar to a Thunderbird, the MK9’s 121.9-inch wheelbase was almost a foot longer than the T-Bird’s, and it was just plain bigger in every dimension. Its low roof and flowing silhouette paired with chrome detailing, aluminum door hinges, and side air exhausts for a delicate yet confident attitude. The boattail trunk is a significant retro cue, while the angled rear calls out to the 1961-1967 four-door Continental models.

Lincoln made a much bigger statement, however, with the interior. Heavy accents of Dark Cherry Red and Marlboro Red leather, polished metal and body-colored gloss seat shells flooded the cabin. Etched glass instruments were illuminated. The cantilevered seats, positioned to improve foot room, were designed after Eames Lounge chairs. And crucially, there was ample room in the back seat, addressing a major pitfall of the Mark VIII. The rear-wheel-drive Lincoln MK9 concept was powered by a V-8 engine paired to an automatic gearbox and used four-wheel independent coil spring suspension, and anti-lock disc brakes. While the new naming convention would appear on cars like the Lincoln MKS and the grille showed up on models such as the Aviator SUV and Lincoln Town Car, Ford and Lincoln never delivered on the prospect of a rear-wheel-drive coupe. The Bortz Auto Collection bought the 2001 Lincoln MK9 from Ford at auction for $101,750. Although it runs and drives, it’s not registered for street use. 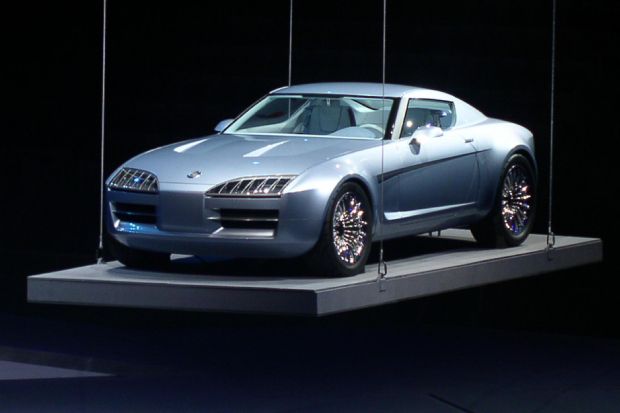 It’s not an overestimation to say that the Messenger was the car that was supposed to save Mercury. Debuting at the Detroit auto show in 2003, it made a dramatic entrance by being suspended and dropped from the ceiling on a lowered platform. Obviously the two-seat sports coupe never materialized, and Ford decided to close up shop at Mercury entirely instead.

The hope was that the Mercury Messenger would spark some excitement back into the struggling nameplate, and the design complete with a ‘flying M’ logo, turbine wheels, ducts to cool the brakes, and big air scoops all over seemed the way to do it. If it ever were to reach production it probably would have needed to ride on some version of the Mustang platform.

The projected powertrain was a 4.6-liter V-8 and a six-speed automatic sequential transmission. However the physical concept itself, which was made in Italy, was packed with electric motors to drive it and power all of the equipment. It had a computer-operated active independent suspension on all four wheels. Bortz, since buying the car for $27,500 at auction in 2014, had the electric drivetrain “enhanced” to travel at highway speed. 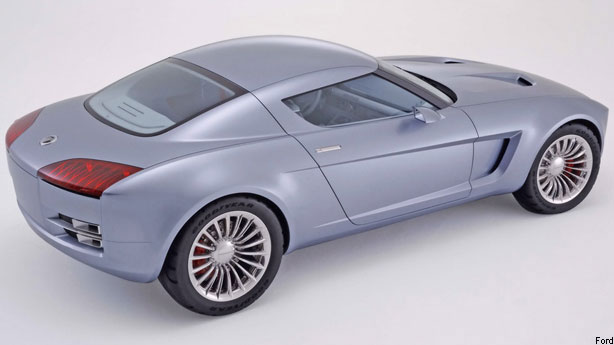 The cars were collected by Joe Bortz, a biochemist who made his fortune with Chicago-area chain restaurants and nightclubs, has since the 1980s made a habit of collecting concept cars that would otherwise have been crushed. Bortz has saved many of the GM cars were once displayed at 1950’s Motorama shows. He keeps them in an anonymous garage in the northern part of suburban Chicago, which hides treasures like the 1955 Chevrolet Biscayne, 1954 Pontiac Bonneville-Special, and the 1953 Buick Wildcat. Although concepts like these were never built to production-spec, they were real running cars that drove and turned. It helps for today’s collectors, of course, that fiberglass doesn’t rust.

Check out the both the Lincoln MK9 and Mercury Messenger concept cars at the 2016 Amelia Island Concours d’Elegance beginning on March 11.