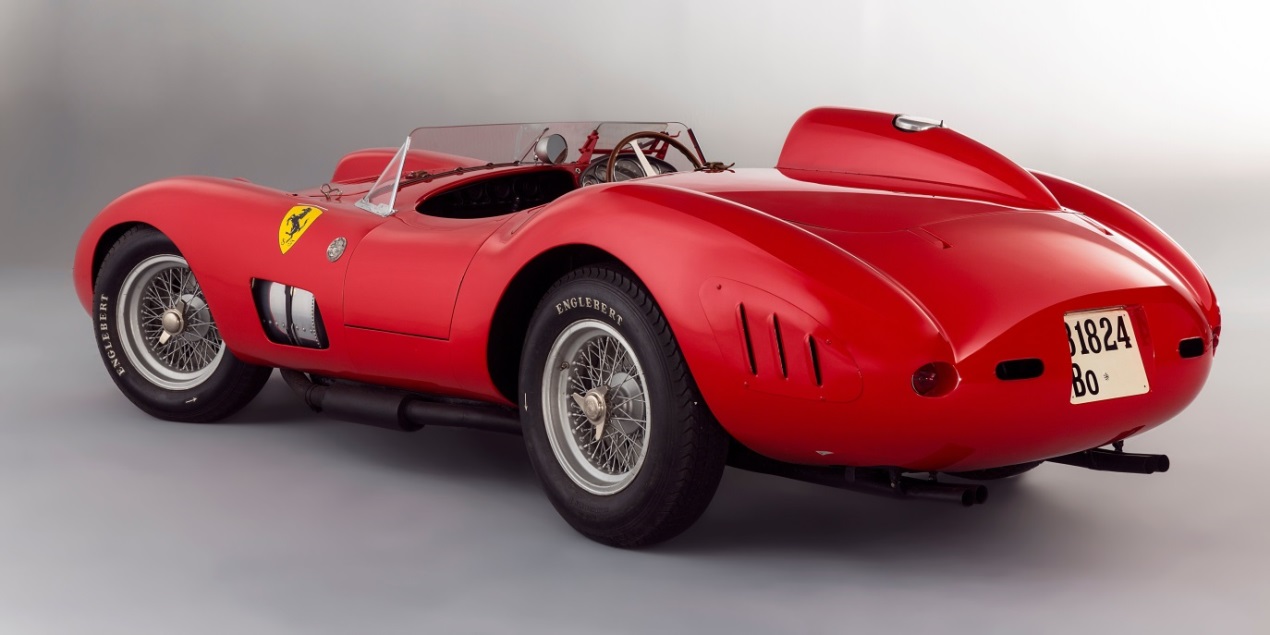 Paris, France – A classic Ferrari to be featured at an auction to be held in Paris next month may challenge the record for the highest price ever paid for an automobile. The 1957 Ferrari 335 S Spider Scaglietti, once driven to victory by British World Champion Stirling Moss at the 1958 Cuban Grand Prix, is expected by the French auction house Artcurial Motors to fetch between $30 and $34 million. The current record, held by another classic Ferrari sold last year, stands at a whopping $34.6 million.

A former Le Mans lap record holder, this 335 S served the Ferrari factory team in a championship-winning 1957 season during the golden age of road racing, when events were often held on public roads with little concern for the safety of drivers or the spectators that lined the courses. That year, the car made an indelible mark on racing history after another 335 S Spider racing at the infamous Mille Miglia in Italy crashed into a crowd of fans, killing both drivers and nine spectators. The crash marked the beginning of the end for racing on public roads: the 1,000 mile event considered the greatest of the era would soon be canceled.

The Ferrari 335 S, chassis 0674, left the workshops at the start of 1957, fitted with a Scaglietti body, a design born of the requirements of a powerful racing car. It was fitted at that time with a 3.8-litre V12 Tipo 140 engine (315 S) that had twin-cams per bank of cylinders producing around 360 bhp.

In March of that year it was entered by Scuderia Ferrari for the Sebring 12 Hours, driven by Peter Collins and Maurice Trintignant, and finished sixth. At the Mille Miglia in May, chassis 0674 was driven by Wolfgang von Trips to second overall behind the Piero Tariff’s similar Ferrari. On being returned to the factory, its engine size was increased to 4.1-litres, therefore becoming a 335 S. With close to 400 bhp under its belt, the car could reach 300 km/h. 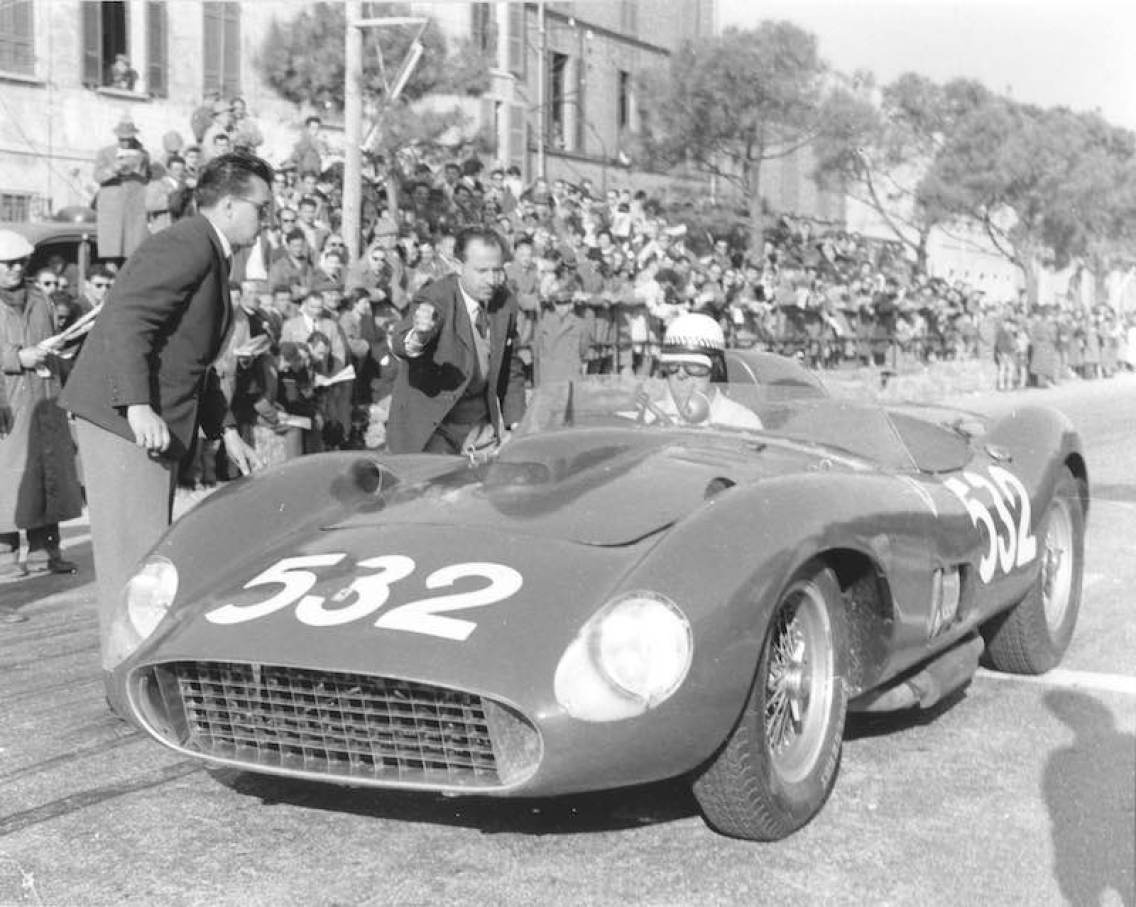 For the 24 Heures du Mans, the car was given to Mike Hawthorn and Luigi Musso. Hawthorn took the lead in front of the Maserati and Jaguars and set the first lap record in the history of the Le Mans 24 Hours of over 200 km/h (203.015 km/h average speed) but unfortunately the car retired in the fifth hour with mechanical problems. The Ferrari then finished fourth in the Swedish Grand Prix and second in the Venezuela Grand Prix on 3 November with team of Hawthorn and Musso, helping Ferrari to win the World Constructors’ Title in 1957.

In January 1958 it was sold to Luigi Chinetti, the Ferrari importer based in New York. On 24 February of that year, with Masten Gregory and Stirling Moss at the wheel, the car won the Cuba Grand Prix. During the 1958 season, it participated successfully in various American races driven by Gaston Andrey and Lance Reventlow, before being sold to Robert N. Dusek in 1960, an architect living in Pennsylvania.

Following this American adventure, the car was brought to France in 1970. The American architect sold it to Pierre Bardinon, the collector who over the years assembled some fifty factory Ferraris comprising the most successful and iconic models in the history of the marque. Kept as part Pierre Bardinon’s private collection for over 40 years, the car has been used and maintained regularly and is presented in excellent condition. Chassis 0674 is estimated to sell for €28,000,000 – €32,000,000 ($30,000,000 – $34,000,000).

Prices soaring well into the eight figures are no longer unusual for cars of this era, which are highly sought after by collectors willing to pay for their own piece of automotive history. Values for very rare cars have skyrocketed in the past decade, and largely defied the 2008 recession in following other luxury items, such as fine art. Though the auction house anticipates the 335 S to fall just short of the record price, it’s common for expectations to be exceeded – especially if more than one bidder wants the car badly enough. 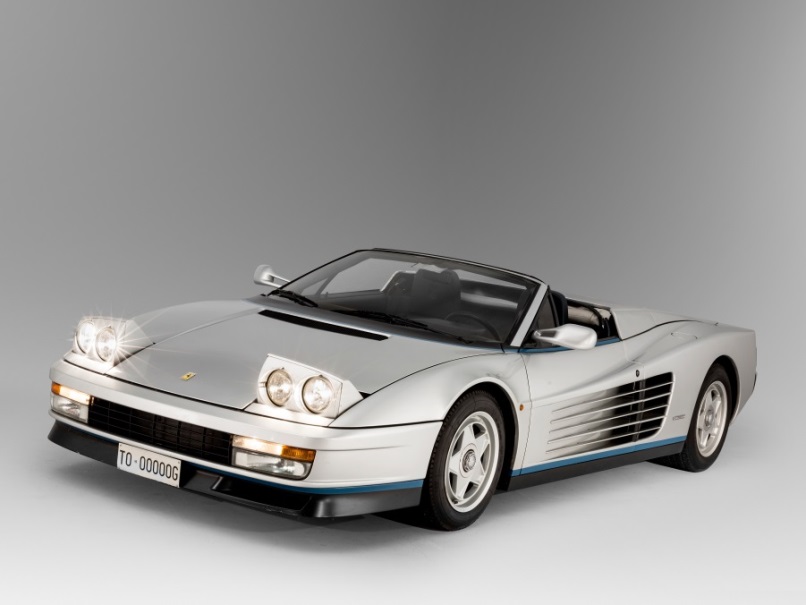 The Artcurial auction will feature an eye-watering list of ultra-rare classic cars, headlined by a handful other great Ferraris, including a 1962 250 GT Berlinetta once owned by the king of Morocco, a 1963 250 GT short wheel base Berlinetta, and the only convertible Ferrari Testrossa ever built.

This last car, a gift to Fiat chief Gianni Agnelli in 1986, features a silver paint scheme and a solid silver Ferrari badge on the front hood — and the periodic symbol for the element that also marked the first two letters of the Italian auto executive’s surname.

It’s good to be the king. Artcurial’s stunning 1963 Ferrari 250 GT SWB Berlinetta, is estimated to fetch $10-13 million. The 2016 Artcurial Retromobile auction, scheduled for 5-6 February at the Retromobile Show in Paris, will present approximately 130 automobiles over two days. More information can be found at www.artcurial.com and www.retromobile.com 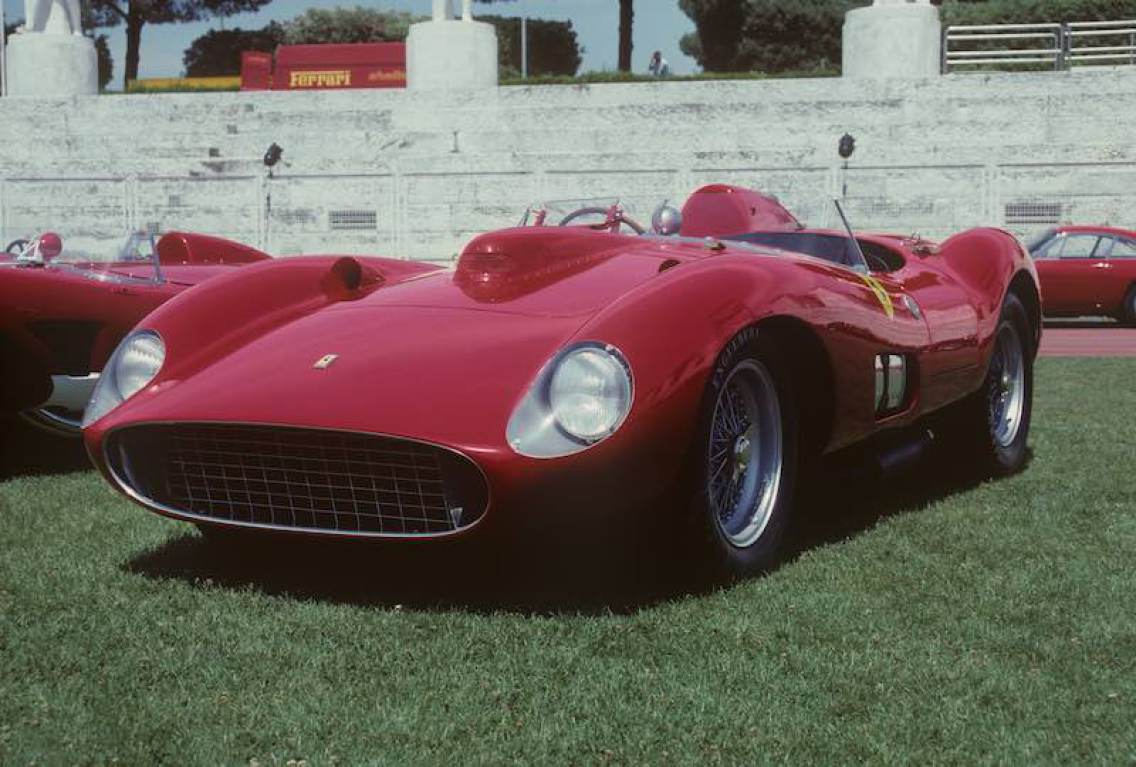