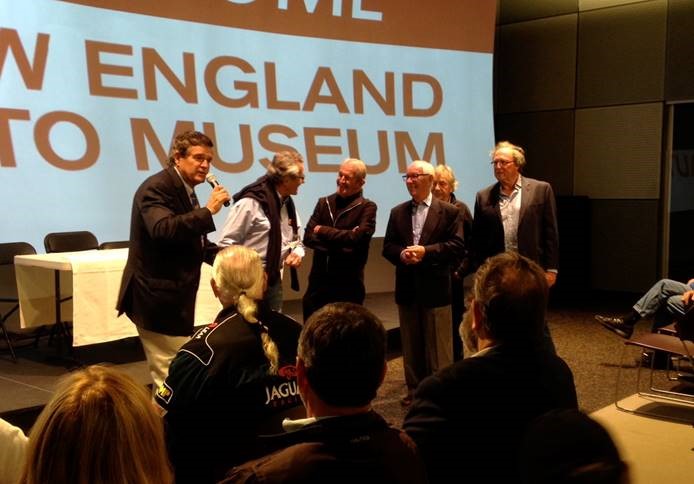 Norwalk, Conn. – On September 28th, over 100 guests joined the New England Auto Museum to pay tribute to the Connecticut-based North American Racing Team on the eve of the team’s 60th anniversary at Stepping Stones Museum in Norwalk, Conn. The goal was to raise funds for the nonprofit New England Auto Museum, a 501(c)(3) organization dedicated to establishing a permanent facility for display and education in automotive arts and technology to be built in Connecticut. Thanks to participation by many former team members including team owner Luigi Chinetti’s son Luigi Chinetti Jr. who travelled to the event from his home in Ottawa, Canada, the evening created many happy memories of the team’s performances over two decades from 1957 to 1983..

A highlight of the evening was a telephone link conversation with well-known former N.A.R.T. driver Sam Posey from his home in Northeastern Connecticut with Luigi Chinetti Jr. and former Paul Newman racing partner Bob Sharp. Sam shared reminiscences of his racing career on the N.A.R.T. team including his best 3rd place overall finish at LeMans in 1971 with co-driver Tony Adamowicz, who also sent along his congratulations on the team’s milestone. The Ferrari 512M that Posey and Adamowicz drove in the 1971 race went on to break multiple speed records on the Bonneville Salt Flats in 1974 with drivers Paul Newman, then an amateur driver, 2-time Formula 1 champion Graham Hill, team driver Milt Mitner, and Luigi Chinetti Jr. The actual 512M chassis no. 1020 that Posey drove at LeMans and set records at Bonneville was on display at the event courtesy of the Lawrence Auriana Collection. A CBS-TV film was shown documenting the Bonneville runs which included two Ferraris, the 512M which ultimately self-destructed with Graham Hill at the wheel, and a well-used 365GTB4 Daytona Competition coupe which went on to break five international speed records for 3 to 5 liter cars on the salt flats. 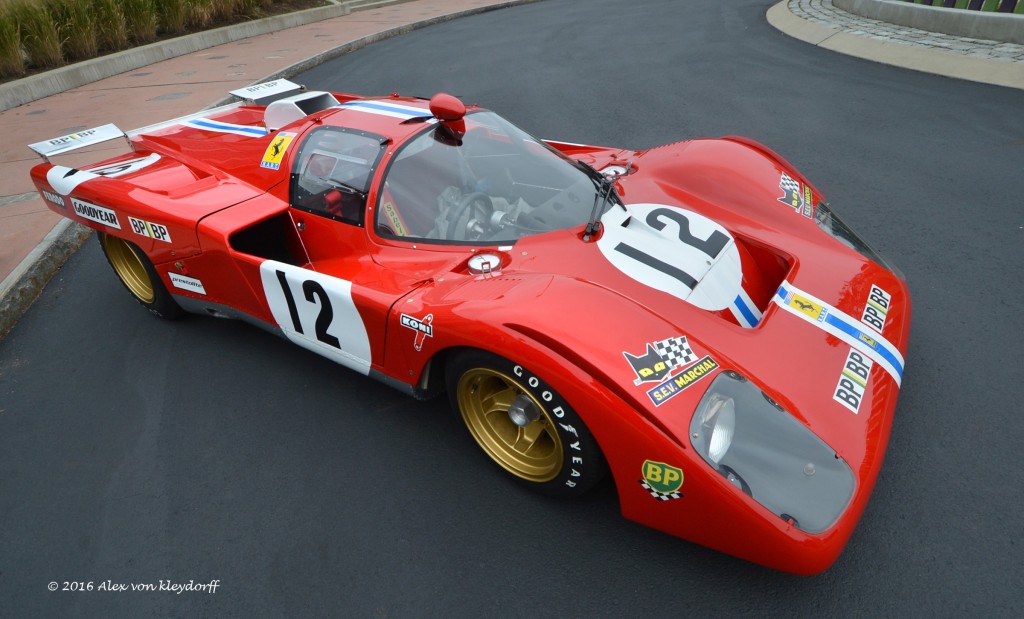 In addition to the Bonneville film, the program included documentary footage by Peter Leahey about the development of the legendary N.A.R.T. Spyder. Luigi Chinetti’s influence with Enzo Ferrari was such that he convinced the factory to build a series of 10 275 GTB4/Spyders with bodies by Scaglietti which became known as the N.A.R.T. Spyders. The first N.A.R.T. Spyder was shipped to America in February 1967, just in time for the Sebring 12-hour race where it was driven by Denise McCluggage and Pinkie Rollo. They finished in a respectable 17th place and second in class behind a Shelby GT350, a good result considering that, mechanically, it was a standard production specification car. Of the ten N.A.R.T. Spyders built, the McCluggage car was the only one raced before being sold to a customer. Initially painted in pale yellow, it became even more well-known later on as the car Faye Dunaway drove in the “Thomas Crowne Affair” with Steve McQueen in the lead role. The car was resprayed maroon for the movie, with McQueen famously calling it “one of those red Italian things”. 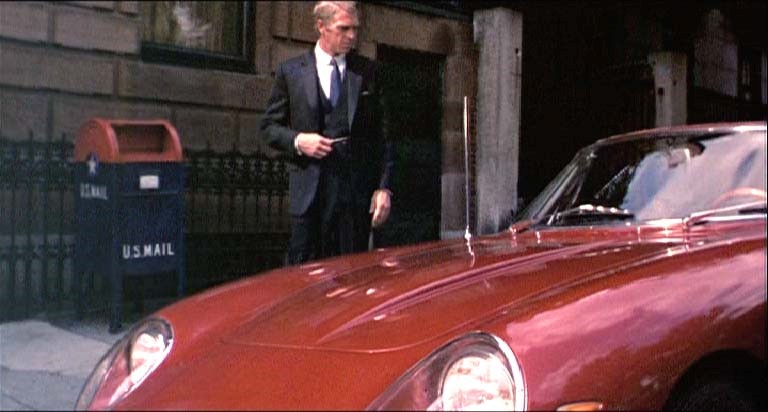 Complementing the Bonneville and N.A.R.T. Spyder film presentations, the event included a panel of former N.A.R.T. team members who shared reminiscences on the eve of the 60th anniversary of the team’s formation in 1957. In addition to Luigi Chinetti Jr., the group included former mechanics for N.A.R.T. Roger Colson, Francois Sicard, Jean-Louis Lebreton and Bob Craige. The event was emceed by Jerry Cotrone, ex-Chinetti Motors employee and curator of the Malcolm Pray Achievement Center in Bedford, N.Y. Sponsors of the event included Hagerty Insurance, Dragone Auctions, Pray Auto Body, Pray Achievement Center, Spacefitters Logistics & Technology Group, Rive Bistro Restaurant and Ferrari North America. It was a memorable evening for all the racing fans who attended. 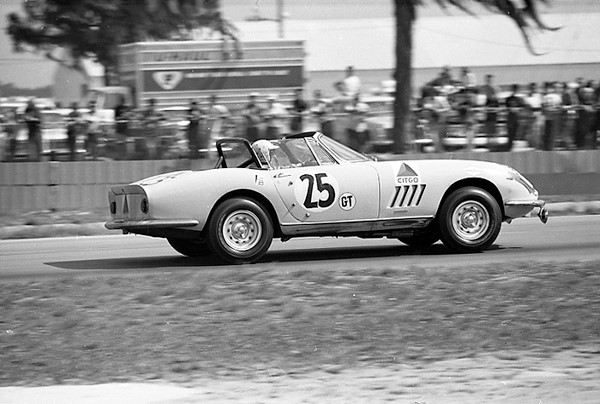