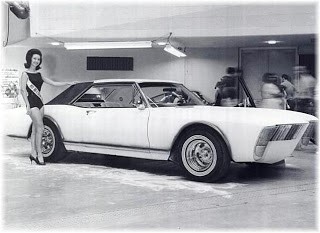 Westport, Conn. – It’s no secret that “King of the Kustomizers” George Barris’ first car was a Buick, a 1925 Buick roadster passed down from family when he was just a teenager. But it would be a few years later when his touch would create some very special ones. One of Barris’ early custom cars was a 1941 Buick convertible featuring flow through fenders and a Cadillac grille. It helped young Barris get noticed; in fact he featured it on his business card. Many chopped and channeled “Kustoms” followed.

After the era of the chopped and channeled “lead sleds”, Barris made quite a few customs for movies. This caught the attention of Buick Motor Division itself, who provided him with a new 1963 Riviera to customize. The result was the “Villa Riviera”, a cherry red custom which was repainted white and used in the movie “For Those Who Think Young” (1964) featuring a young Nancy Sinatra and James Darren.

The Villa Riviera was originally created by Barris for use as his personal car. The story began when director Leslie Martinson was visiting the Barris shop in North Hollywood to look at a vehicle that Barris Kustoms was building for another film. At the time, he was quite taken with the Villa Riviera all decked out in cherry red paint over a fire frost white pearl base. Martinson quickly signed a contract that included a clause to repaint the Buick white so it would show up more clearly when filmed. The car was later used in an episode of the popular “Perry Mason” TV series. 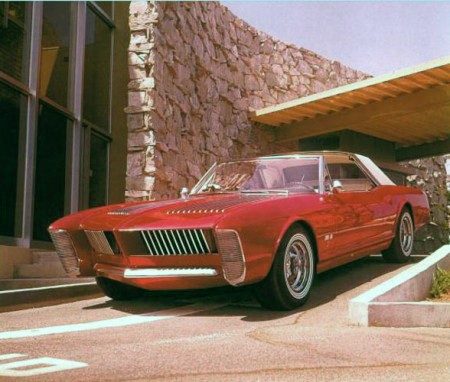 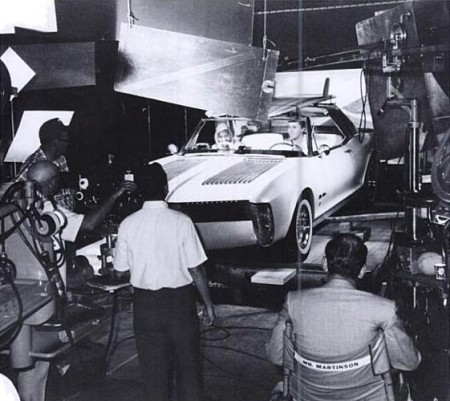 In Barris Kustoms of the 1960s, George recalls the promotional appearances that he made with James Darren and executive producer Howard Koch for the film at theaters and drive-ins in the Los Angeles area: “It was a heck of a lot of fun to see the surprised faces of those folks who were here to see a movie and “the star and the car” were right there at the theater!”

George Barris and James Darren pose in front of the Villa Riviera.

The Villa Riviera has appeared at car shows, accompanied by this plaque which recognizes the contributions of James Darren (as Gardner “Ding” Pruitt III) and Nancy Sinatra (as Karen Cross) to the film.

After the movie was completed, Barris repainted the car with 35 coats of translucent cherry red kandy paint over a pure pearlescent white underbase. It seems much sportier in the red hue. But Barris wasn’t completely satisfied and kept experimenting. Note the open roof section and the extended fenders. The headlamps are concealed behind the fender ends.

Here’s the Villa Riviera again on a post card, this time wearing a Cherry and White scalloped paint treatment. The wheels have also been changed. It may have been more successful in solid Cherry.

Speaking of successful, AMT was so impressed with the Villa Riviera that they featured it as a build option for their 1963 Riviera 1/25 Scale Model. Note the groovy 1960’s graphics. 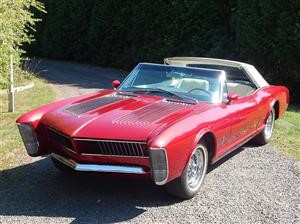 The Villa Riviera as it looks today, featured at the 2015 Dragone Fall Auction in
Westport, Conn. October 17. 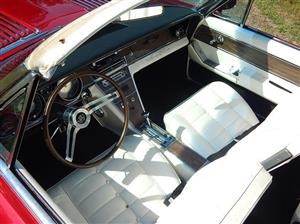 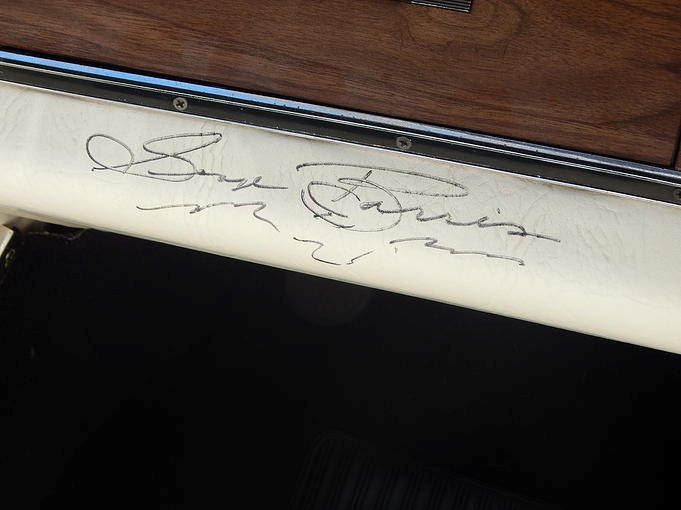