GREENWICH, Conn. – Recognized as one of the premier classic car shows in the country, the Greenwich Concours d’Elegance will celebrate its 22nd year of showcasing significant cars, motorcycles and one-off automotive creations on June 3-4, 2017.

For 21 years, the proceeds from the Greenwich Concours have gone to support Americares, a health-focused relief and development organization that responds to people affected by poverty or disaster with life-changing medicine, medical supplies and health programs.

Organizer of the world-renowned Amelia Island Concours d’Elegance, Bill Warner, has been named the Grand Marshal.

Saturday, June 3, will be the Concours Americana for American cars and motorcycles, while Sunday, June 4, will feature the Concours International for imported marques.

The inaugural hot rod display being organized by Velocity Channel’s Chasing Classic Cars host Wayne Carini will highlight Saturday’s show. A special exhibit of children’s cars and supercars will round out the day’s displays. Saturday’s ticket also allows attendees to preview all of the cars in the Bonhams auction tent.

Tickets are also available on Saturday night to a gala party and elegant buffet at the Greenwich Delamar Hotel, with luxurious yachts as a backdrop on the quay.

Sunday’s featured marque will be Bugatti and will include a collection of rare Bugattis from the American Bugatti Club. Sunday will also feature race cars from the Lime Rock Park Historic Festival. The Bonham’s auction begins at noon on Sunday and requires a separate admission.

Also showcased during the weekend will be the iconic outlaw cars from the original cross-country Cannonball Baker Sea to Shining Sea Memorial Trophy Dash, held in the ’70s, along with some of the later non-outlaw entries. These cars will also be displayed at the Cannonball Reunion, a joint evening event with the Greenwich International Film Festival, at Cole Auditorium on Friday, June 2. Proceeds from this event will support the development of the New England Auto Museum, a nonprofit organization dedicated to building a world class automotive display and educational facility in Connecticut.

Both days will include displays of the latest in new cars including BMW, Cadillac, Tesla, Lincoln, Jaguar, Land Rover, and Miller Motorcars of Greenwich will highlight its Ferrari, Bugatti, Pagani, Alfa Romeo, Aston Martin, McLaren, Bentley, Rolls-Royce and Maserati marques. Opportunities to test drive some of these new vehicles will be offered. There will also be a number of luxury yachts displayed at the adjacent Delamar Hotel docks.

“The Greenwich Concours is proud to partner with Americares to help families in need all over the world,” said Mary Wennerstrom, Concours Chairman. “Not only will attendees who appreciate these rare cars be treated to two days to delight their senses, they will also be contributing to one of the world’s most respected charities.”

VIP tickets are available on a limited basis. A VIP ticket includes early entry to the Concours, breakfast and lunch with the car owners and judges, access to the VIP lounge and patio at the Delamar Hotel, entrance to the Bonhams Cocktail Reception on Friday night, lapel pin, poster and a VIP lanyard.

The weekend activities will include other events, open to the public, some in cooperation with the Greenwich International Film Festival:

About Americares
Americares is a health-focused relief and development organization that responds to people affected by poverty or disaster with life-changing health programs, medicine and medical supplies. Each year, Americares reaches more than 90 countries and all 50 U.S. states with over $600 million in innovative health programs and quality medical aid. Americares is the world’s leading nonprofit provider of donated medicine and medical supplies. For more information, visit americares.org 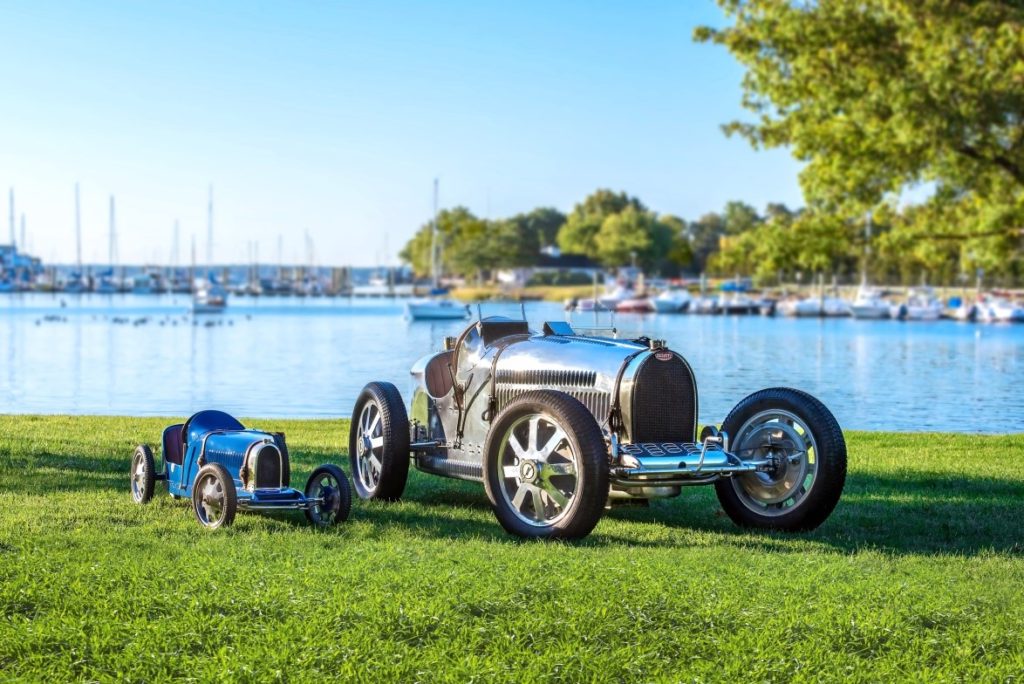