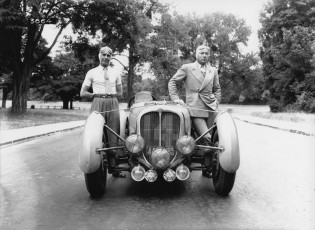 London – RM Auctions will return to Place Vauban in Paris on 3-4 February, 2015 for its annual sale during the Retromobile show week. A permanent fixture on RM’s global calendar, the Paris auction will open the company’s 2015 European calendar with a roster of 60 automobiles.

“Paris 2014 was an important sale for RM, as it allowed the company to establish an auction in what is regarded as one of the most important weeks on the European collector car calendar. After such an incredible debut sale last year, we are excited to return with what is already shaping-up to be a wonderful roster of cars,” said Augustin Sabatié-Garat, Car Specialist RM Auctions.

Leading early entries is a 1935 Delahaye 135 S, chassis no. 46094. The Delahaye has resided in France all of its life, including many years in the ownership of Jean-Philippe Peugeot, of the Peugeot Motor Company. It raced competitively from 1936 through 1949, extensively in the hands of the well-known French driver, Joseph Paul. In addition, it was a competitor at many Grand Prix events throughout the 1940s, claiming victory at the Grand Prix des Frontières in the hands of Willy Mairesse. A veteran of no less than three 24 Heures du Mans, the car’s most notable performance came in 1937 when Joseph Paul and Marcel Mongin piloted it to second position overall in the famed endurance race.

For decades, chassis 46094 has been a familiar sight on the international classic car scene, competing in many of the world’s leading historic races driven by its former owner, Jean Sage. Suitable for road or track, it’s a versatile entry into almost every significant event around the world (Est. €1.200.000 – €1.600.000).

Another early highlight from the RM Auctions Paris 2015 sale with French history and one set to command strong local interest is the 1934 Lancia Belna Eclipse. The Lancia features coachwork by Pourtout and dramatic Art Deco design by Georges Paulin, a dentist who sketched many of the most beautiful French automobiles of the pre-war period and went on to be a hero of the French Resistance.

Paulin was a pioneer of aerodynamic design and new ideas in coach-building, most prominently, one of the world’s first retractable hardtops, which he dubbed “Eclipse.” A simple system, it featured a one-piece hardtop that unbuckled at the windshield frame, with a reverse-hinged rear deck that would be raised to store the hardtop underneath. The patented design was simple and effective and was mainly utilized by French coachbuilder Marcel Pourtout up to the outbreak of World War II. Paulin then went on to join the war-time Resistance movement, passing secrets along to agents who would come to his dental office, until he was tragically captured and executed on March 21, 1942. 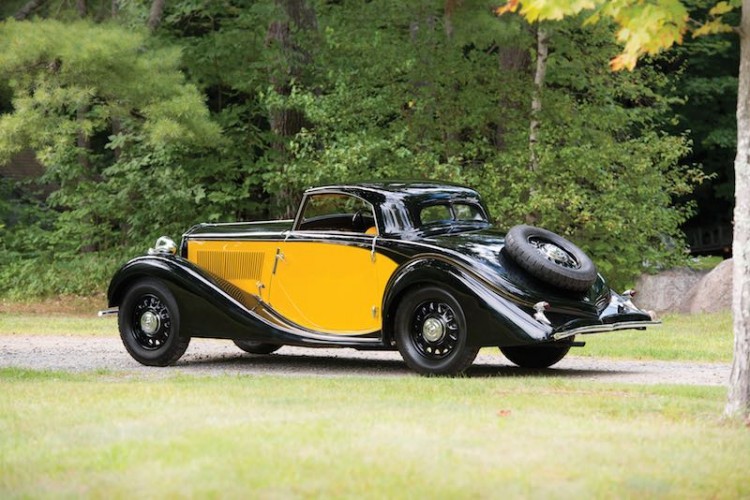 The Lancia on offer, chassis F341349, is one of only two known examples featuring the Pourtout-built Eclipse coachwork. Built on a French-manufactured Belna chassis, it was discovered by its present owner in Tennessee and was duly restored to feature its current black and bright yellow paintwork with a genuine ostrich skin interior. Widely shown at various American Concours d’Elegance events, including at Pebble Beach in 2004, it has been awarded a string of accolades over the years, including Best in Class at the Amelia Island Concours d’Elegance (2005), and the Concorso Italiano (2006), along with being judged 99.75 points by the Classic Car Club of America (Est. €300.000 – €375.000).

The February 2015 sale follows in the footsteps of the company’s debut in the French capital earlier this year, an event which grossed €17.7 million in sales and was headlined by a 1955 Jaguar D-Type at €3.696.000.

The RM Auctions Paris 2015 auction will be held at Place Vauban immediately after the Festival Automobile International, 4 December 2014 to 1 February 2015. This event will gather a display of concept cars and pay tribute to car designers from around the world.