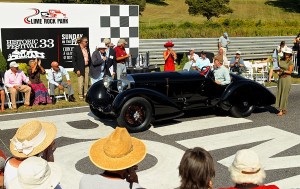 Lakeville, Conn. – At Lime Rock Park’s Historic Festival 33, its Sunday in the Park Concours d’Elegance saw 264 entrants in 29 classes vying for Best of Show honors. The not-surprising but certainly deserving 1930 Mercedes-Benz SSK “Count Trossi” was judged the winner. The custom-bodied SSK is owned by Ralph Lauren. 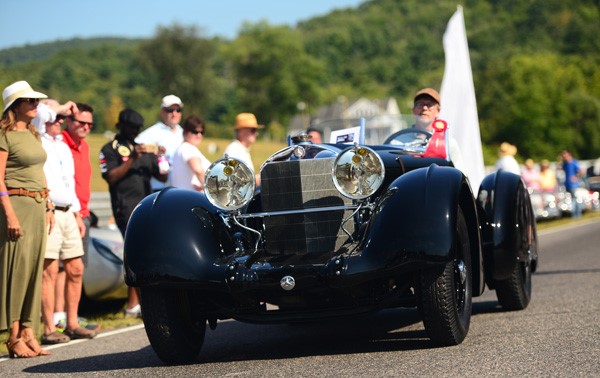 Originally built with a competition “spyder” body by Carrozzeria Touring, between 1931 and 1933, this SSK was campaigned in the Mille Miglia, various hill climbs and other local events by original owner Trossi and following owners. The Italian count re-purchased the car and commissioned new bodywork in 1934. Willy White, an unknown American coachbuilder, is presumed to be the designer of the spectacular coachwork but that’s never been confirmed.

“The Trossi SSK is truly a work of art,” said Festival organizer Murray Smith. “This car is so rarely in public, I can’t thank Ralph enough for entering it in our concours for everyone to enjoy.” The Lauren SSK previously won Best of Show at the 1993 Pebble Beach concours and Italy’s Villa d’Este concours in 2007.

Group A, Our Distinguished Seniors

Class A1, “And So We Begin,” special class for the machines that started it all, pre-1915
1911 Packard 30 7-Passenger Touring, Michael DeAngelis, Stamford, Conn.

Group C, Sports and Performance Machines on Display and on Track

Class F5, “Up on Two Wheels,” the lighter side of getting going; legendary motorcycles through 1995
1937 BMW R6, Philip Richter, Ridgefield, Conn. 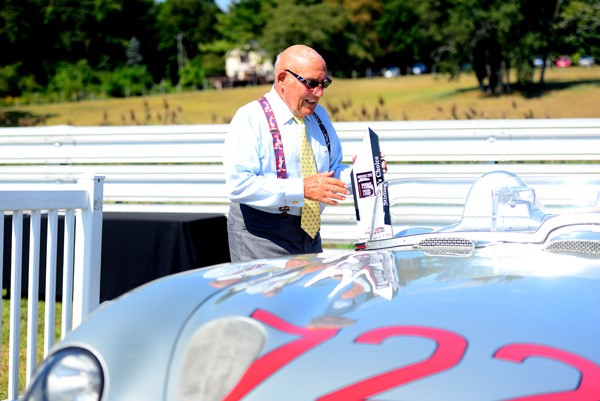 Sir Stirling Moss’ favorite car at Sunday in the Park! The 300 SLR he and Denis Jenkinson drove to victory in the 1955 Mille Miglia (Photo by Greg Clark/Lime Rock Park)