NORWALK –Riverview Plaza on Belden Avenue could become the home of the New England Auto Museum.

New England Auto Museum (NEAM), a nonprofit organization founded to preserve, interpret and exhibit automobiles and automotive artifacts, has selected Norwalk as the future home of a museum and educational facility, according to its website. And at this point, the organization has its sights set on Riverview Plaza at 24 Belden Ave.

“We’re hoping we could renovate it,” NEAM marketing director Nick Ord told The Hour. “We want the display space to be where the mall was, which is ground floor, and then the upstairs five floors would be educational.”

The New England Auto Museum would feature 100 automobiles, an education center and automotive academy co-sponsored by Norwalk Community College and the Norwalk Public Schools P-Tech Program, and draw 100,000 to 150,000 visitors annually, according to NEAM.

Ord’s comments came at City Hall on Tuesday evening after the Norwalk Redevelopment Commission approved a $13,000 grant toward an assessment to determine whether such a museum would be viable in the Norwalk area.

“It’s not so much location but to verify that we have economic rationale to proceed,” Ord told commissioners. Commissioners approved thegrant after requesting that Norwalk be the focus of the assessment.

Ord said NEAM has explored East Hartford, Bristol, Southington as possible locations for the auto museum but all fell through. In Norwalk, the organization earlier eyed Loehmann’s Plaza on West Avenue. White Oak Associates Museum Planners and Producers will perform the assessment at a cost of $65,000.

Ord said NEAM has applied for $32,500 in funding from the Connecticut Department of Economic and Community Development and will attempt to raise $19,500 in private donations to cover the balance of the assessment cost. NEAM has until Feb. 2, 2016, to secure all funding.

Riverview Plaza was once home to a Pathmark Supermarket and the Norwalk Social Security office. The building is now vacant, Ord said. According to NEAM, Riverview Plaza offers an “easy access to major arteries as well as convenient bus transportation for visitors to all areas of Norwalk.”

NEAM was founded in 2007 by Michael and Christine Scheidel to “celebrate the automobile and its significant impact on our culture through the preservation and exhibition of automobiles and historical artifacts,” according to its website.

According to NEAM, Norwalk is the ideal location for an auto museum: the city is at the crossroads of Interstate 95, Route 7 and Metro-North Railroad, lies an hour from Manhattan at the gateway to New England, and has other museums (The Maritime Aquarium at Norwalk and Stepping Stones Museum for Children) that attract more than 1.3 million visitors annually.

In addition, Norwalk is surrounded by the nation’s wealthiest zip codes.
“Norwalk’s New England location will draw current and future automobile enthusiasts from a wide area and provide a gathering spot for the region’s extensive and active automotive community,” according to NEAM.

“The museum’s presence in Norwalk will not only be a major tourist attraction in its own right, but will provide a venue for an automotive technology program that we will offer in tandem with the Norwalk Public Schools,” Levinson wrote.

Rilling, in a letter this month, congratulated NEAM in advance for its 10th annual Darien Collectors Car Show, which is scheduled for Sunday, June 21, from 10 a.m. to 3 p.m., at Mathews Park in Norwalk. The event is expected to bring more than 100 collector cars.

The mayor welcomed the prospect of Norwalk becoming the home of NEAM’s automotive museum. “It will serve both as an educational center as well as display center to highlight an ever changing evolution of car history and technological development,” he wrote. 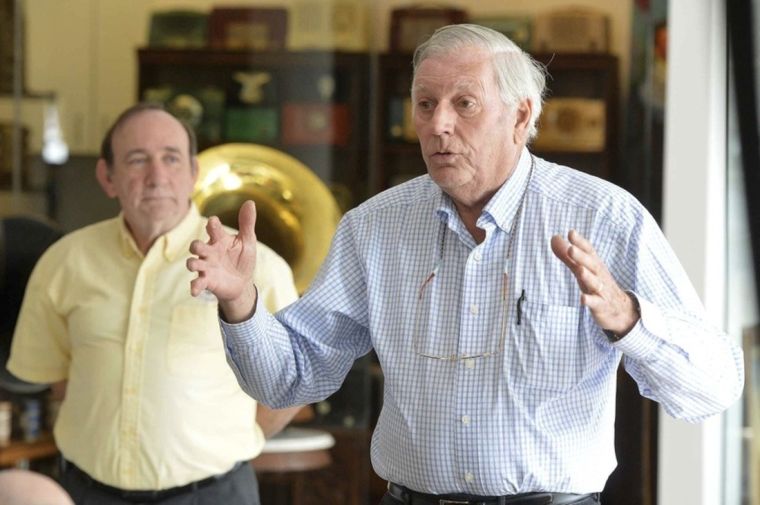