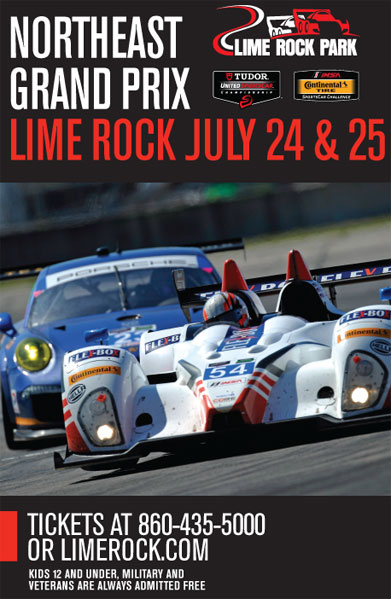 On Saturday, the two-hour, 40-minute Northeast Grand Prix combines the Prototype Challenge (PC) class with the GT Daytona (GTD) division, while there are separate Grand Sport (GS) and Street Tuner (ST) races, each two hours long, for the Continental Tire SportsCar Challenge (CTSCC). Friday is practice and qualifying for all divisions.

Notable
* One of the top drivers in CTSCC is Marine Staff Sgt. Liam Dwyer, from Litchfield, CT. In May of 2011, while on a search team in Afghanistan, Dwyer stepped on an explosive device. Among his injuries, the explosion severed his left leg above the knee. Dwyer did not let the devastating injury get in the way of his lifelong dream to go racing. He came to his home track in 2012 to drive his personal Nissan 350Z street car during a Lime Rock track day to prove to himself and others he had what it takes. By 2014, he was racing the Freedom Autosport Mazda MX-5 Miata in ST – and won his first race, here at Lime Rock, co-driving with Tom Long. This year his co-driver is Andrew Carbonell (Miami) and in early May, they won the ST race at Mazda Raceway Laguna Seca. As this is written, Dwyer and Carbonell are just three points out of the lead in the championship standings.

Dwyer told us this morning, “I’m retiring from the Marines as soon as all the paperwork gets finalized. My job now is professional race car driver.” 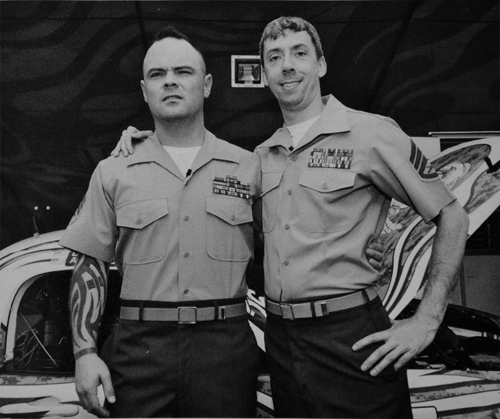 Liam Dwyer (r.) with Staff Sgt. Aaron Denning, who carried Dwyer the length of a football field to an evac chopper after the explosion that took Dwyer’s leg in Afghanistan 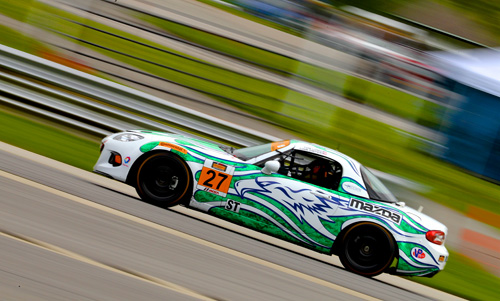 * In TUDOR United, near the top of points standings in Prototype Challenge is Brazil’s Bruno Junqueira. Between 2001 and 2006 Junqueira, 39, was an IndyCar star with Ganassi and Newman/Haas, winning eight races and taking nine poles (including an Indy 500 pole) and was championship runner-up three out of four years. By 2011 Junqueira began racing in IMSA. He won the PC race at Mosport in 2012, and then finished seventh in PC points in 2013 with two wins, and in 2014, Junqueira took three PC poles. He’s already won one race this year, at Laguna Seca, and is fourth in points, just 10 away from leaders Jon Bennett and Colin Braun. 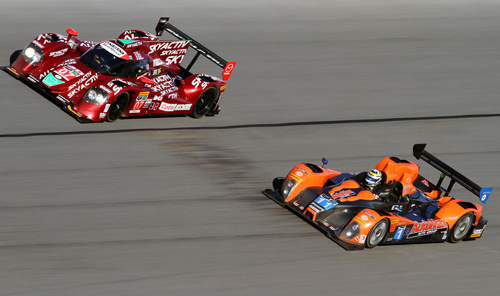 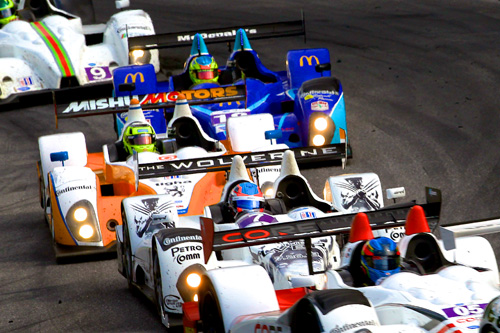