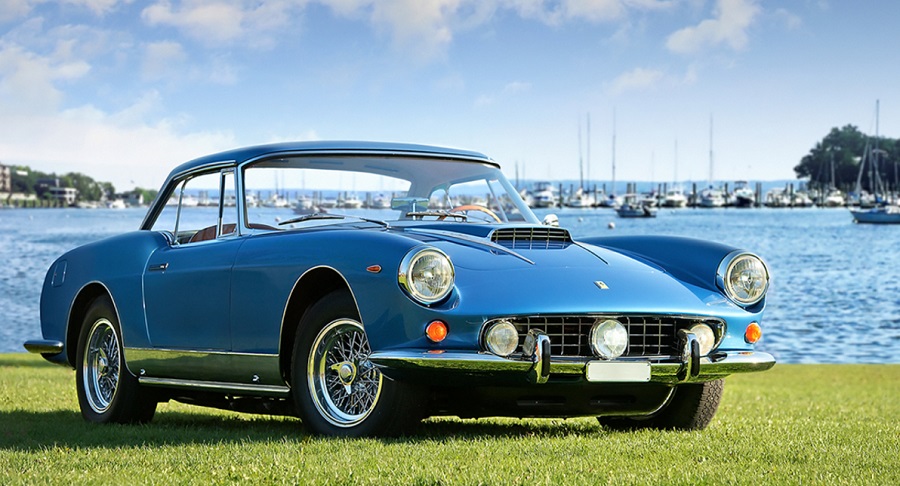 Recognized as one of the most prestigious classic car shows in the United States, the Greenwich Concours will honor the centennial of the famous Italian atelier with displays of more than 20 significant cars bodied by Zagato.

The Concours continues its tradition of holding two unique Concours back-to-back, with American cars and motorcycles on Saturday, June 1, and foreign marques on Sunday, June 2.

Andrea Zagato, grandson of founder Ugo Zagato, and his wife Marella Rivolta Zagato, will represent the Zagato marque and are this year’s Concours honorees. Marella is the granddaughter of Iso’s founder Renzo Rivolta, and works closely with Andrea at the Zagato family business in Rho, Italy.

According to Maxim Magazine, “The [Zagato] brand – formed in 1919 by plane and car laborer Ugo Zagato – is the only surviving Italian coachbuilder from that halcyon era that is still family owned. Andrea Zagato, the grandson of Ugo and living scion of the ‘Lightning Z’ crest, now leads the brand into the 21st century.

“The foundation of Zagato’s work was Ugo’s proficiency in aircraft, which allowed him to integrate aeronautic philosophies such as lightweight materials and aerodynamics into his designs.

“The company’s foundation was established with the racing success Zagato enjoyed in its first decade of existence. Collaborations with Alfa Romeo produced unprecedented success: From 1928 to 1930, Alfa Romeo 1750 Zagatos claimed first place in the Mille Miglia. In that last year, Zagato-built Alfas snatched the first four places cementing the brand’s legacy as one of the most successful performance-oriented coachbuilders of the prewar period.”

Iso, founded by Renza Rivolta, was an automobile and motorcycle maker, the product of Iso Autoveicoli S.p.A of Italy. The company was predominantly active from the late 1940s through the early 1970s. It is known for its iconic Isetta bubble car of the 1950s, and for a number of powerful performance cars in the 1960s and early 1970s. 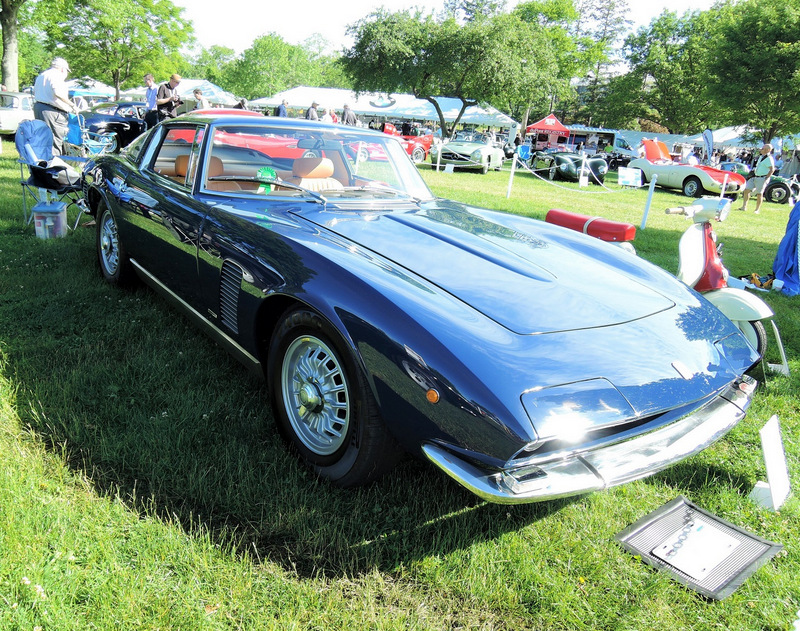 One of the more compelling Zagato-bodied cars to be featured at the Concours is the 1933 Alfa Romeo 8C 2300 Corto Spider originally built to order in 1933 for race-car driver Tazio Nuvolari. It was prepared by Raymond Sommer for the 1933 24 Hours of Le Mans, where Sommer and Nuvolari placed first overall. Three weeks later, it was driven by Sommer and Henri Stoffel to second overall in the 24 Hours of Spa-Francorchamps. Barron Collier became its next owner, winning the Mt. Washington (N.H.) Hillclimb in 1937. It was subsequently raced by various owners in the U.S. until the early 1950s. It will be shown at the Concours by its current owner, Scuderia N.E.

Other cars on the field designed by Zagato will include those of Alfa Romeo, Fiat, Maserati, Lancia, Jaguar, Nissan, Porsche, and Aston Martin. Also displayed will be examples of the rare Alfa Romeo Tubolare Zagato, a 1964 Alfa Romeo TZ1, a 1965 Alfa Romeo TZ2, and a 2012 Alfa Romeo TZ3. 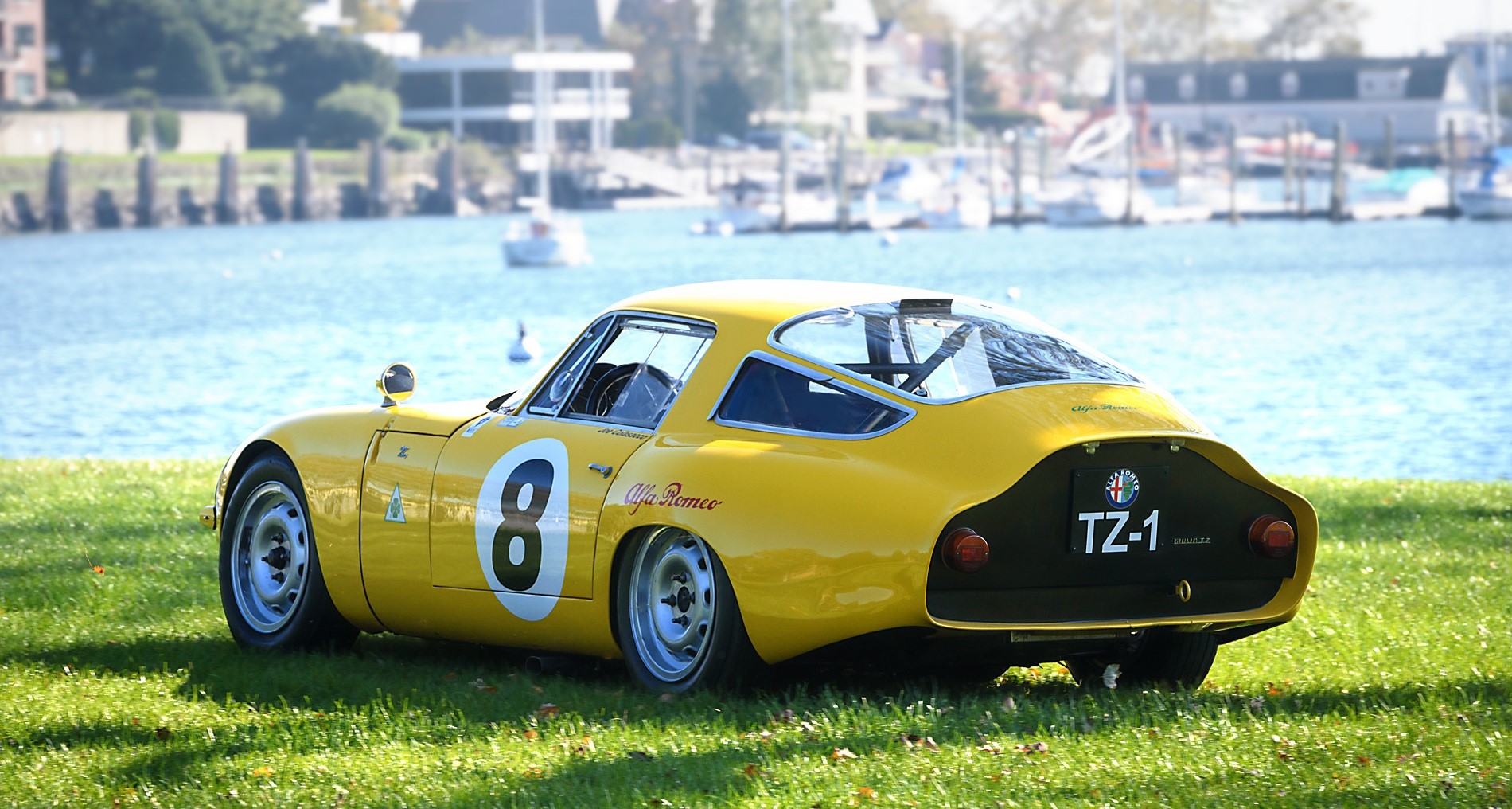 To honor Marella Rivolta Zagato, there will be a special Iso class, featuring such cars as a 1970 Iso Rivolta Lele and a 1973 Iso Grifo.

“We are honored that Andrea Zagato and Marella Rivolta Zagato will celebrate this very special anniversary with us at the Greenwich Concours d’Elegance,” said Concours Chairman Mary Wennerstrom. “We will have a great variety of cars built by all three generations of Zagato, from the 1930s to the modern day. We also are pleased to honor Marella’s heritage with a special class of cars from Iso.”

The weekend will also feature cars of Stanley H. “Wacky” Arnolt, a Chicago industrialist who began importing foreign cars in the 1950s to the U.S. Although sold as American cars, the cars were true hybrids, with British mechanicals, Italian bodywork, and U.S. sales and distribution. A fortuitous meeting with Bertone at the Turin Auto Show in 1952 resulted in four collaborative efforts between Arnolt and Bertone. 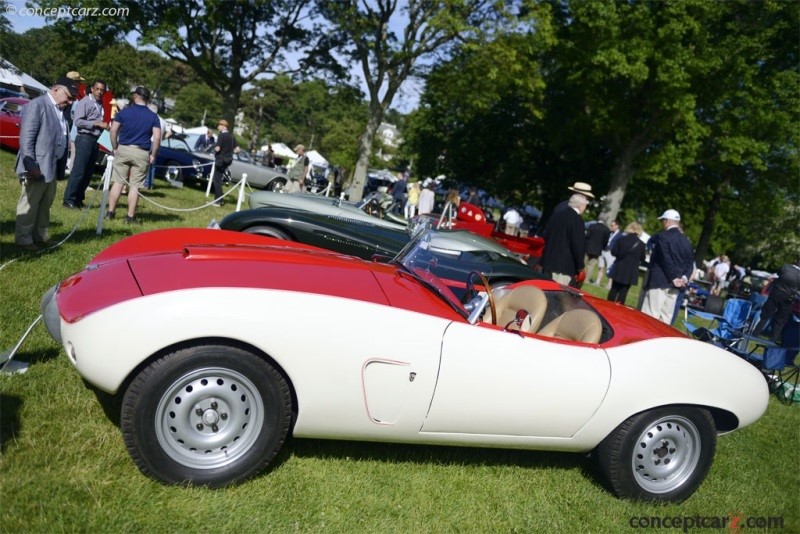 His son, Michael Arnolt, will be an Honorary Judge at the Concours and will bring his Arnolt-Bristol Bolide. Arnolt-MGs, Arnolt-Bristols and Arnolt-Aston Martins will come to the Concours from as far away as New Mexico and Arizona.

American Orphan Marques and American Supercharged Cars are the special classes on Saturday. Cars of interest include a 1948 Tucker and a 1954 Kaiser in the orphan class. A one-off 1952 Packard Macauley Speedster with a McCulloch-supercharged 359-cu.in.straight-eight engine will be in the supercharged class.

Sunday’s Concours will host a special display of cars from the Bentley Driver’s Club in honor of the marque’s 100th anniversary, including models from the early W.O. Bentley and Derby Bentley eras, up to post-war and modern examples.

A silent auction will be held to raise money for The Hometown Foundation, of Cheshire, Conn., which honors and assists five distinct areas of interest including Animal Welfare, Emergency Response Personnel, Individuals with Intellectual Disabilities or in Need, Major Illness and Military.