DAYTONA BEACH, Fla. – The entry list for the 2015 Historic Sportscar Racing (HSR) Classic 24 Hour at Daytona presented by IMSA, November 12 – 15, has been officially announced and features 174 race cars and a current tally of 300 drivers from around the world.

“We have gone on record recently in saying that the entry list for the second edition of the Classic 24 Hour at Daytona presented by IMSA exceeded even our expectations and hopefully the motorsports world will agree,” said HSR President David Hinton. “The caliber of the historic race cars and the massive mix of legendary stars and historic sports car racing drivers is second to none. This is truly an amazing representation of historic sports car racing machines and the men and women who compete in them and we can’t wait to get back to Daytona in just a few short weeks.”

In total, the 2015 Classic 24 Hour at Daytona presented by IMSA features entered teams from 15 different countries on four continents.

The diverse background of the international drivers turning out for the Classic 24 Hour should be equally impressive. While minimal additional entries will be accepted – HSR currently has dozens of hopefuls on a wait list – all teams will be able to add drivers to their officially entered race cars in the weeks leading up to the race. A lineup of drivers that is already packed with past and current sports car racing stars will no doubt grow over the next month.

The equally impressive racing machines these drivers and other Classic 24 competitors will race in the Daytona event is a rolling collection of top sports cars and prototypes from the past 50 years. 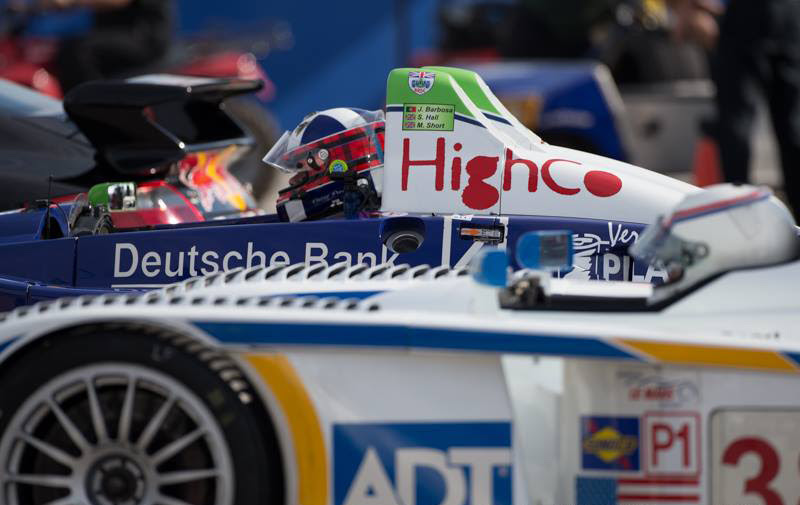 The Classic 24 features six period-correct run groups rotating through a full 24 hours of racing on the 3.56-mile Daytona road course. The run groups, which include various classes of similar-era race cars, each take to the track four times throughout the 24 hours. The competitors in each group covering the most total distance in the shortest amount of time in their group’s four sessions will be “crowned” Classic 24 at Daytona champions.

Group A – 1960 – 1972: The oldest and perhaps most memory-stirring division, Group A features such legendary race cars as the Ford GT40, Lola T70, Chevron B8, Ferrari 365 GTB, Lotus Elan, Alfa Romeo GT Jr., several 1960s-era Corvettes and Mustangs, including a Shelby GT350, and a strong field of early Porsche 911s. A debuting entry not frequently seen in the United States is the French-built Matra MS630.

Group C – 1983 – 1993: The prime of the GTP and Group C era is at the heart of this run group. A strong lineup of six Porsche 962s will share the class spotlight with two Jaguar XJR-5s, a Jaguar XJR-7 and a Porsche Fabcar. Several production-based race cars are also in Group C as is the debuting Aston Martin AMR-1 prototype that raced at Le Mans. 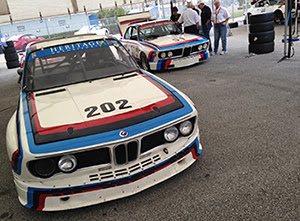 Group D – 1994 – 2002: Historic but familiar, the highlight machines in Group D include several Riley & Scott Mk IIIs and Daytona Prototypes, a Lola B2K, Crawford DP03 and GT Porsches, Corvettes, Vipers and even a TVR T400R. A debuting entry of note in this class is the Saleen S7R GT1.

Group E – 2003 – 2012: This group lets ALMS and Le Mans prototypes that couldn’t race at Daytona in their day a chance to take to the high banks. Two Audi R8s, a pair of Pescarolo 01 LMPs and a Porsche RS Spyder highlight the group that also includes three Oreca FLM09s and several different Daytona Prototypes. GT cars are plentiful too and include several Porsche 996, 997 and 991 models, two LMS Audi R8s and a Camaro, Ferrari F430 and Nissan GTR. Another entry not frequently seen in the U.S. is the debuting BMW Alpina B6 GT3.

Group F – HSR Cars: This group produced some of the closest and most competitive racing in last year’s inaugural Classic 24 at Daytona. Home to HSR classes that are not represented in the other five other groups, Group F also lets competitors with race cars that were never eligible to compete at Daytona a chance to build a little history of their own on the legendary track in the Classic 24. Offering a mix of machinery from six different decades, this group is also home to the oldest car in the Classic 24, a 1962 Lotus Super 7.

The entry list for the 2015 Historic Sportscar Racing (HSR) Classic 24 Hour at Daytona presented by IMSA is available by clicking here. 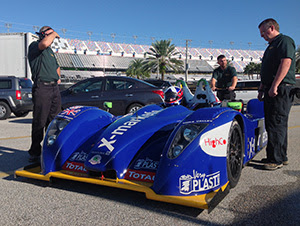 Of interest to Connecticut race fans will be the eye-catching 2007 Pescarolo Judd LMP of David Porter, of Darien. Porter challenged the Rogers Motorsports Audi team for the 2014 Classic 24 Hour win and has no intention of coming up short this year.

“To win the race is the hopeful accomplishment, that’s it,” Porter said. “We had the fastest car in every session last year and, unfortunately, I didn’t put on my best driving performance and screwed up. We ended up four laps down and, even with a car that fast, you can’t make back four laps. I want to redeem myself in my own mind as much as anything else. I’m looking forward to this so much. Sitting on that grid at 4:30 in the morning under the lights is one of the coolest things I’ve ever seen.”

About HSR: Historic Sportscar Racing (HSR) was formed in the mid-1970s with an event at Road Atlanta. There was one goal then and it remains true today: to celebrate the race cars from our past. As a “time machine” of sights and sounds, HSR provides a venue for competitors and spectators alike to share in the wonderful history and excitement created by the cars that competed at race tracks around the world. HSR currently sanctions seven vintage and historic racing events at some of the world’s most renowned race tracks, including Road Atlanta, Sebring International Raceway, Daytona International Speedway and the Grand Prix of the Americas. The complete schedule and full event information can be found on HSR’s website at www.HSRRace.com. The Classic 24 Hour at Daytona, presented by IMSA, has a dedicated website at www.Classic24hour.com. HSR and the Classic 24 are also on Facebook and Twitter – in addition to the HSR YouTube channel.

About IMSA: The International Motor Sports Association, LLC (IMSA) was originally founded in 1969 with a long and rich history in sports car racing. As presenting sponsor of the Classic 24 Hour at Daytona, IMSA embraces that history by supporting all involved in returning iconic race cars and drivers that have been responsible for many great moments throughout decades of IMSA-sanctioned competition to the race track. Today, IMSA is the sanctioning body of the IMSA WeatherTech SportsCar Championship, the premier sports car racing series in North America. IMSA also sanctions the Continental Tire SportsCar Challenge and the Cooper Tires Prototype Lites Powered by Mazda, as well as four single-make series: Porsche GT3 Cup Challenge USA by Yokohama; Ultra 94 Porsche GT3 Cup Challenge Canada by Michelin; Ferrari Challenge North America; and Lamborghini Super Trofeo North America. IMSA – a company within the NASCAR Holdings group – is the exclusive strategic partner in North America with the Automobile Club de l’Ouest (ACO) which operates the 24 Hours of Le Mans as a part of the FIA World Endurance Championship. The partnership enables selected WeatherTech Championship competitors to earn automatic entries into the prestigious 24 Hours of Le Mans. For more information, visit www.IMSA.com.