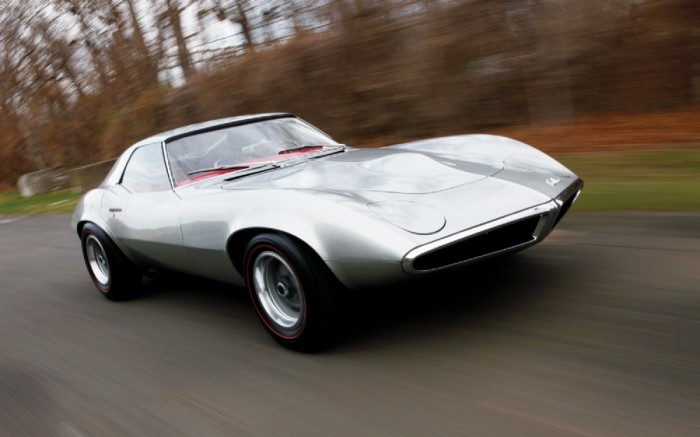 Westport, CT – Intended as a shot across Ford’s bow, Pontiac’s Banshee XP-833 coupe was an answer to Ford’s Cougar II show car, and Pontiac brass felt confident they could bring the Banshee to market before Ford launched its own two-seater. History tells us that neither car saw production, but a glimpse at the Banshee gives us a look at design cues that would later appear on the third-generation Corvette and the first-generation Firebird. One of two first-generation Banshees built (the other a white convertible that’s long been a part of Joe Bortz’s collection), the silver coupe will head to auction later this month as part of the Dragone Spring Auction in Westport, Connecticut.

The initial success of Ford’s Mustang left GM scrambling to offer a counterpoint, and it would take until 1967 before the Chevrolet Camaro and Pontiac Firebird hit dealerships. Determined not to make the same mistake twice, Pontiac head John DeLorean asked his designers to come up with a lightweight two-seat sports car, one that could be brought to market for the 1967 model year, potentially ahead of the Ford Cougar II that was rumored to be bound for production. Two first-generation Banshees were put together, using an A-body chassis and fiberglass-reinforced plastic body panels. The convertible was built with a V-8, but GM management reportedly felt that such a car would be too close in positioning to the Corvette. 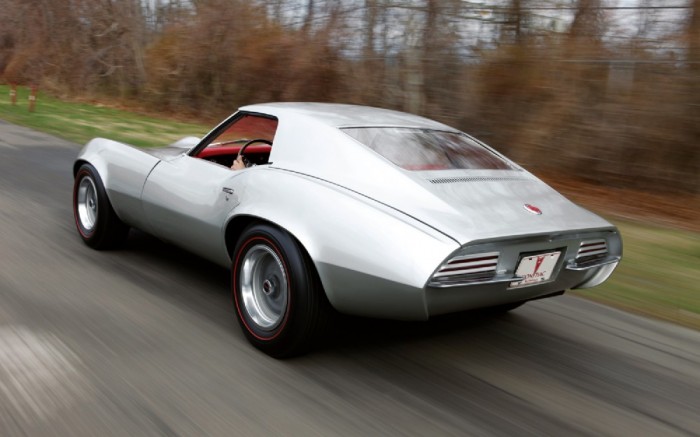 The coupe was powered by an overhead camshaft inline six-cylinder, fitted with a crossflow head and reportedly good for 155 horsepower. Given the Banshee’s curb weight below 2,300 pounds, even such a modest engine would have produced spirited performance, while delivering exceptional handling. The Banshee, at least in the eyes of Pontiac executives, would complement the Corvette, offering buyers of more modest means another GM two-seat sports car to choose from. 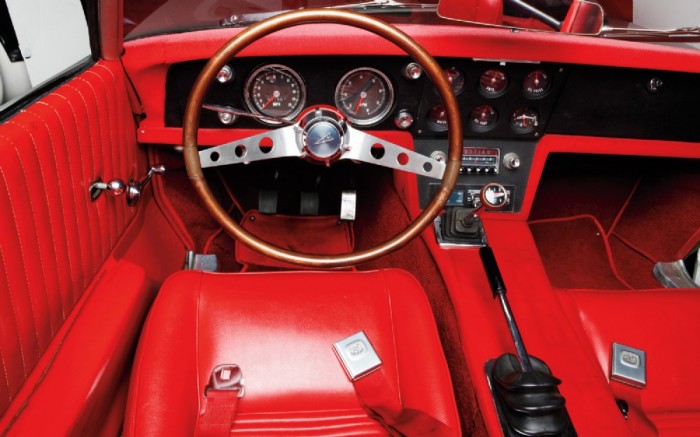 As Bob Hovorka wrote in the February 1989 issue of Special Interest Autos, production of the Banshee was never seriously considered by GM management. Perhaps any challenge to the Corvette as GM’s sole two-seat sports car was seen as too much, or perhaps the Ford Cougar II was never seen as a serious candidate for production, but in 1966 the first Banshee project was scrapped. The cars should have been as well, but rumor has it they escaped the crusher by being secreted away and later sold to employees close to the project. Both coupe and convertible are semi-functional drivers, minus key details like functional headlamps.

The coupe remained with its original owner until 2006, when it sold at a Barrett-Jackson auction for $214,500. Since then, it’s been offered for sale numerous times, including a trip across the stage at RM’s 2010 Amelia Island sale, where it bid to $325,000 but failed to meet reserve, and at Mecum’s 2010 Monterey sale, where it bid to $400,000 without changing hands. It’s twice been featured as a Find of the Day in the Hemmings Daily, but neither running included a price in the listing. 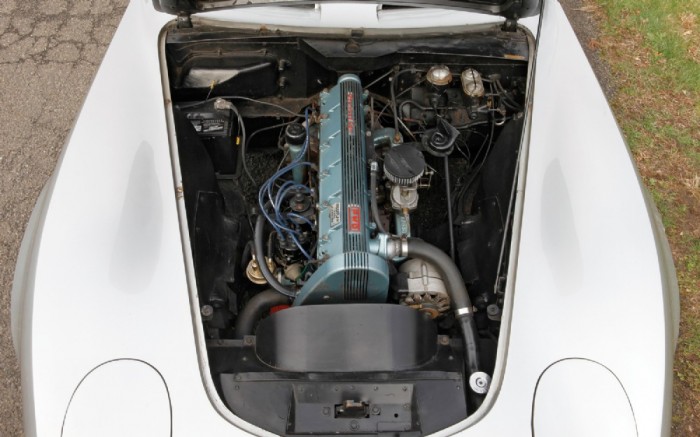 Officially, the third-generation Corvette was inspired by the 1965 Mako Shark II concept, but one has to wonder how much the concept was itself inspired by the Banshee. Even if the answer is “not at all,” it’s impossible not to see the Banshee’s influence on the first generation Firebird’s rear and on the production Opel GT, which seems to duplicate the Banshee’s pop-up headlamps, sloping nose, fastback roof and Kamm tail in slightly smaller scale. Perhaps John DeLorean and his designers were onto something after all.

Dragone Auctions is predicting a selling price between $600,000 and $650,000 when the 1964 Pontiac Banshee XP-833 crosses the stage on Saturday, May 30 as part of its 2015 Greenwich Concours Car Event Weekend auction. For complete details, visit DragoneClassic.com.